Nuclear Power Plants: Can We Live Without Them?

Terrorism and atomic weapons are both also very real risks any time nuclear energy is created. Terrorists who gain access to even one nuclear power plant can hold the entire world hostage, with the threat of a nuclear disaster. Every time a new nuclear power plant is built, it becomes one more location for terrorists to try and attack or control. Theft of nuclear material, including spent fuel rods and other materials that are considered radioactive waste, can allow anyone to make a dirty bomb, which is radioactive and extremely dangerous. 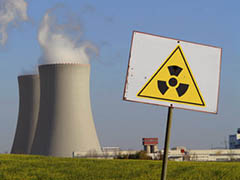 One single accident involving a nuclear power plant can cause many miles of destruction. Radioactive materials in the air can be spread by the wind, and the area around the power plant may be dangerous for an extremely long time. After all of the risks and benefits are weighed, the only conclusion that can be reached is that nuclear power plants are so dangerous that they are not a viable option, and nuclear energy costs much more than it provides. Nuclear power plants take years, many times decades, to study, plan, and build, and many times the result is negated by bad publicity, and area residents protesting and using community pressure to prevent the nuclear power plant from being built.

Nuclear power plants pose too many risks, and there is no safe way to create nuclear power. Nuclear energy does not help solve the problem of climate change, and nuclear energy can actually make the problem worse. Not only does nuclear power contribute to pollution by releasing radioactive materials in the air, this also takes funding away from safer renewable sources of energy. Even one meltdown could affect the entire country, possibly the world, and this is a risk that is too large to overlook. Radiation can affect humans for generations, as the atomic bombs used against Japan have shown. Using nuclear power plants places the entire planet at risk, for generations in the future.
Because radiation can not be seen, smelled, or detected without special equipment, nuclear power plants pose a very high risk to all communities, both local and global. Nuclear energy generation could end up being the cause of the destruction of the entire planet, and every living creature on it. Instead of focusing on nuclear energy, we need to spend our resources on alternative renewable energy sources like biomass energy, solar power, and wind energy instead.

5 Responses to “Nuclear Power Plants: Can We Live Without Them?”