Natural gas is more environmentally friendly in comparison to coal and oil. Another clean fuel is ethanol. It is used as a vehicle fuel mostly in Brazil and the United States. There are two ways ethanol can be produced. The first is by means of a chemical reaction, specifically the hydration of ethylene. The second is via biological by means, or the fermenting of sugars with yeast. 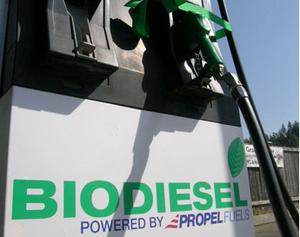 Energy, which we need for our daily lives, doesn't appear by itself. Airplanes, cars, trucks, ships and many other machines need energy to run. Home appliances, industrial devices, and computers are all in need of energy too.

Energy is contained in different forms in the universe and has various manifestations. Food contains energy as well. When we eat we get energy, and after that we use our energy, transmuting it into new forms.

Energy exchange is how the world is engineered; of course it is much deeper than this. Still, not going astray into perplexed matters, one thing should be emphasized here, which is the quality of fuel.

Fuel is anything that can be transmuted into energy, generally speaking. Energy can be released in several ways; it can be produced by means of a chemical reaction, such as combustion, or a nuclear reaction, which would be either nuclear fission or nuclear fusion. It is very important that energy is not left as an uncontrolled power, but something that can be stored and released when needed. A release of energy needs to be controlled so that we can apply it to create something useful.

Scientists think that the first time fuel was used to power something could be as early as two-million years ago. The fuel used at that time was plants or animals. People could burn wood or the fat of animals. Later, people started to use charcoal and coal, such as in China, people started to use coal as a fuel source before many other cultures. Today, there are many kinds of fuels but they have different characteristics.

Every fuel has its own effects on the environment. This issue is under control of the government and designated organizations. When a fuel is burned it produces harmful by-products. The main fuels that are widely available in the world today are fossil fuels. They were formed from the ancient remains of plants and animals. They are also called non-renewable energy resources because they are limited and currently being depleted. These are coal, oil and natural gas. When these materials are burned they produce adverse environmental effects. Burning coal, for instance, produces carbon dioxide (CO2) and methane gas. These gases contribute to global warming as they are greenhouse gases. Coal contributes to the release of CO2 in the air as well. Heavy metals are also released through the burning of coal. Crude oil is also harmful for the environment. Oils spills damage the environment and ecosystems. When it is burning, it produces carbon dioxide emission, which is a greenhouse gas.
In order to choose the cleanest burning fuel, we have to observe the whole production process, its usage and other factors. Generally speaking, a fuel that produces less harmful by-products and/or effects, compared to others on all stages of its lifecycle, can be considered clean.