What is the Difference between Renewable and Non Renewable Energy Sources? 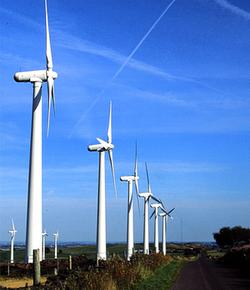 The world’s need for energy is an ever growing appetite and doesn’t show any signs of diminishing. If we are going to keep our planet and ourselves safe and healthy, we need to use energy wisely. What is renewable and non renewable energy and where does it come from?

The problem is that most energy we use is taken from nonrenewable energy sources. Oil and natural gas come from the ancient remains or fossils of animals and plants, which, over the course of millions of years and extreme changes in temperature and pressure, we have been left with. The five top oil suppliers in the world are Saudi Arabia, Russia, the United States, Iran and China.

Coal is formed from the same ancient remains, having been preserved in hardened mud. Through the process of oxidization and biodegradation, it is turned into the familiar combustible black rock we know.
Nuclear energy is formed through nuclear fission. Energy is created in this process through the splitting of atoms.
With the population of the world rising, thus creating a higher demand for energy, a serious issue arises. For now, this demand can be met, mainly, with the use of nonrenewable energy sources, but there are many technologies that produce renewable energy sources as well.

Today there are three technology generations that produce these forms of energy. The first generation technologies include biomass combustion, geothermal power and hydropower. For instance, some hydroelectric plants have been working for more than 100 years. Many hydroelectric power plants are being built in Asia. Geothermal power plants fall into this category as well. These plants produce energy from heat found beneath the Earth's surface.