In the United States the use of ethanol is also common. The use of ethanol can drastically reduce the release of greenhouse gases. Another good option for a clean-burning fuel engine is hydrogen. Hydrogen cars are great in the light of their environment-friendly effects; however, changing to hydrogen cars is considered to costly and technologically challenging. The broad use of hydrogen cars may never become possible. Clean engines are possible, but broad use is always associated with economic, safety and political factors. 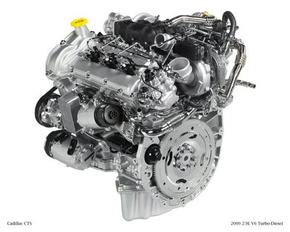 The human race has always been in need of energy that can be derived from accessible sources. In the past, people didn't have many options for energy production; however, over some time, people have learned how to obtain energy from many sources using different technologies. Today we produce energy by means of gas, oil, coal, nuclear power, solar power, wind power, water, biofuels and so on. Producing energy is a positive factor; nevertheless, this process is very often associated with the production of by-products that are harmful and damaging for both people and the environment. In developed countries, environmental policies are used to protect the environment from the hostile effects of human activities. In the United States, environmental policies grew out of the environmental movement, which was started in 1960. It resulted in the formation of the Environmental Protection Agency. Since that time, many environmental policies have remained, including more objectives and laws. As we see, our concern is not only energy production, but also the way in which energy is produced in terms of environmental safety. Technical progress has been advanced since people started to use industrial energy technologies; nevertheless, the problem of pollution is a burning question. Is it possible to create an environmentally clean engine? To answer this question, we have to analyze what kinds of engines have already been created and what types of fuels are used. For example, internal combustion engine uses fuel and air that combust in a combustion chamber. This reaction creates gases that cause solid parts of the engine to move. This type of engine is widely used for cars, aircraft, locomotives, motorcycles, boats and hand-held applications. The fuels used for this type of engine are mostly fossil fuels like gasoline, diesel and methane. Compared to gasoline or diesel fuels, methane is the most environmentally friendly. Still, effects from pollution contributed by vehicles are tremendous in the world. What pollutants do cars produce? These are hydrocarbons, sulfur oxides, carbon monoxide, nitrogen oxides, volatile organic compounds and carbon dioxide. Millions of tons are emitted by cars every year in the world. These emissions contribute to global warning and acid rain. A possible solution to this problem is to expand the use of alternative fuels that are not so harmful for environment and human health. What are these alternative fuels? Ethanol is a biofuel produced from sugar cane and corn. This fuel is widely used in Brazil as a motor fuel. About 90 percent of new cars sold in Brazil can use this fuel; however, it is not possible to use 100 percent ethanol today as a motor fuel. The allowed amount is a combination of 85 percent ethanol and 15 percent gasoline. 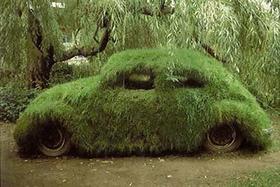