Can We Avoid Foreign Oil Dependence?

Several possible solutions have been offered to reduce the dependence of the United States on foreign oil. Some people suggest that we start using hybrid cars that don't burn as much fuel as traditional cars. Another suggested measure is to decrease the use of thermal power plants, using hydroelectric power plants instead. Another solution could be to start using railroads more, since it has worked and is in practice in Europe. Trains could be powered by electricity from hydroelectric or nuclear power plants. It would diminish transportation needs that require significant oil sources. Yet another possibility would be to start using more extensively alternative energy sources such as wind and solar energy in the appropriate areas. Biofuels could be also used to some extent, even as they are associated with other issues. But all in all, all of these small possible solutions, combined, could tremendously decrease our dependence on foreign oil. 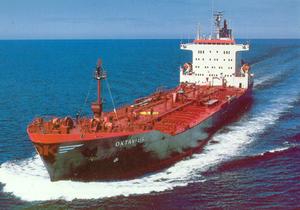 Did you know that the United States consumes 24 percent of the world's petroleum and produces 10 percent? No doubt the United States is in critical need for alternative energy sources. It's not difficult to see that its dependence on foreign oil could lead to a great tragedy. We don't even want to imagine what could happen if we were completely deprived of oil. In fact, the American economy depends on crude oil tremendously. Even though alternative energy sources are used in the United States, they can't be considered to be a significant addition to the economy, at least thus far. The current arrangement is that the United States doesn't produce oil to the extent where it meets its own needs on its own. It is still drastically dependent on foreign oil sources for keeping up the economy.

Until today, no other effective way has been found to try and balance this current dilemma but importing oil from other countries. It seems like the United States hasn't understood yet that foreign oil can't be always in hand. One day, foreign oil won't be able to meet our growing needs since oil is a nonrenewable resource. We must be looking for other ways to get out of this situation. This is, of course, something that doesn't have an easy or quick solution; nevertheless, if everything remains the way it is, it will aggravate the threat of endangering our national security.

In the last couple of years, the price of gasoline has been increasing and it's not possible to underestimate the role oil plays in our economy. The rise in gasoline prices is high on the list of national concerns. Not only automobiles and farming equipment rely on oil to operate, but the national defense field is based on oil and so are the industries of transportation and agriculture.

Oil companies are getting richer because the price of oil is going up. Even a small shortage in the oil supply can cause prices to go much higher, which can lead to big problems for the economy.

Oil is a limited source, and as such, isn't going to last forever. Well-defined steps have to be taken in the direction of new alternative energy sources and technologies.

One Response to “Can We Avoid Foreign Oil Dependence?”