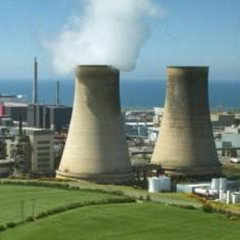 There is an ongoing nuclear energy benefits debate, and there are many people on either side of the issue. Whether it is safe to use this type of power plant is the source of debate, as well as just how green and environmentally friendly this type of facility can be. With global warming becoming worse and the effects on the earth becoming more severe, the discussion over alternative energy sources which are safe and renewable without causing environmental harm is heating up. Nuclear energy benefits are available, because a small amount of material can create a lot of electricity, but these facilities can not provide fuel or other types of energy that is needed around the world, making the benefits limited with this type of power plant. A substantial amount of water is needed for the transfer of heat, and the process is not the most efficient. This can lead to water waste, and does not make effective use of all the materials in the process.

Another of the nuclear energy benefits is that the greenhouse gas emissions present from coal power plants, and other types which use fossil fuel, are not present in nuclear power plants. The disadvantages of this type of energy plant are also numerous as well though, and definitely outweigh the benefits involved when the pros and cons are carefully evaluated. This is because the danger that can be present with radioactive material is enormous. A malfunction at the facility or during the fission process can have devastating consequences. Look at Three Mile Island in the US and Chernobyl in Russia. Some radioactive material may stay that way for thousands of years, or even longer. A small amount of nuclear waste can have a very large impact on vast amounts of the world, and a big enough reaction at a facility could destroy the world and everything on it. Just because greenhouse gases are not emitted does not mean that this power generation process is safer than other methods available. Nuclear waste is produced, which can last far longer than other harmful waste products.

No matter what nuclear energy benefits these power plants may offer, the drawbacks are too enormous to even consider nuclear energy as an alternative to fossil fuel use. One of the biggest threats to safety when it comes to this type of power generation is the weapons of mass destruction potential that nuclear waste has. Terrorists and third world dictators pose the biggest threats, because these groups could sneak in and take over the nuclear reactors, with the potential for widespread contamination, destruction, and death. Surprise inspections at these power plants have turned up security problems time and time again. When the consequences of a mistake or intentional misuse could affect thousands or millions of people, and wide areas of the world if not the entire planet, these risks greatly outweigh any nuclear energy benefits that may be had. There are too many ways that this type of energy generation could be used to damage the environment and the population of the earth, as well as destroy the earth. There are many other alternative renewable energy sources that can be utilized, which do not carry these very serious risks and dangers. Trying to generate power by taking advantage of nuclear energy benefits would put everyone in the world at risk. It is not possible to completely secure these facilities and prevent any mistakes from being made. Fossil fuel dependence must be eliminated, but not at the high risks that nuclear power generation poses. The future of power may be a number of different alternative sources, but nuclear power does not play a role because it is not safe or friendly to the environment.

3 Responses to “Nuclear Energy Benefits Debate: Safe or Not?”