Are you looking for more information on pollution reduction?

Additional details on previously mentioned and new ways that everyone can contribute to the reduction of pollution
1. Drive smart and in the right vehicle. One of the most effective ways to reduce pollution is to drive the right vehicle. An electric vehicle or at least a hybrid is environmentally friendly and will help in preventing pollution. Even if you just shop for a gasoline-fueled car with lower emissions, it will have a positive impact on the environment and assist in reducing pollution. Driving smart also goes a long way. Here are some basic ways to reduce pollution while actually driving: accelerate gradually, use cruise control when possible, replace your air filter, report smoking vehicles, and keep your tires inflated. 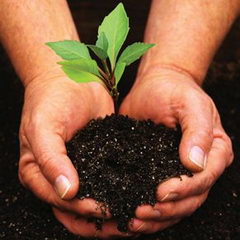 2. Minimize Vehicle Use. Even better than driving smart is to drive as little as possible in general. Ride a bicycle, use public transport, or carpool whenever you can. Combine appointments and errands into a single trip when you can, which will reduce the exhaust fumes and emissions in the long run. This is important for preventing pollution.

4. Reuse and recycle. This is one of the most obvious ways to reduce pollution. When you reuse and recycle items, it goes a long way in preserving new raw materials. Recycling also minimizes the landfill garbage and the environmental damage caused by manufacturing processes. Recycling is the most basic aid in preventing pollution.

5. Correctly dispose of hazardous materials. This includes pesticides, chemicals, and any materials that can cause harm to the general population in the area. So, one of the ways to reduce pollution is to dispose of them properly, instead of just throwing them into the garbage can.

6. Replace fossil fuel use with renewable energy. This is probably one of the most effective ways to reduce pollution. Fossil fuels cause a lot of damage to the environment through pollution. Even to get them out of the earth is very polluting, because mining of any kind damages the earth and harms the environment.

7. Conserve energy when possible. This one is also important for preventing pollution, because conservation of energy decreases demand, which conserves resources that would be utilized otherwise. Some examples of things you can do to save energy include: switching off the lights in rooms not in use, replace energy-sucking incandescent bulbs with fluorescent ones, install window fans instead of AC units, insulate the water heater, install a programmable thermostat that can turn off automatically when the temperature has reached comfortable levels, use low-flow shower heads. There are many other ways to save energy around the home as well and most of them are very easy to implement, like unplugging electrical devices when not in use.