Additional information is available on the pros and cons of biomass energy?

Biomass energy pros and cons- additional information
What re the disadvantages of biomass energy?
Biomass energy- advantages over non-renewable energy sources
Biomass alternative energy demand may be a good roi

More details on the conversion process involved in biomass energy as a renewable energy resource. 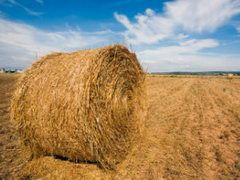 It is important to assess the Biomass energy pros and cons in order to determine whether it is a good source of alternative energy. Many types of this material currently exist, since any decaying organic material can be considered biomass. There are also various ways that this material can be used for fuel and energy generation.

There are many pros associated with biomass energy production. Biofuels are as effective as fossil fuels, but a lot less polluting. Using municipal waste as biomass renewable energy also has many benefits, because normally this garbage would be dumped into landfills, which pollutes the environment even more. Biomass renewable energy solves the problem of dependence on foreign oil, while at the same time gets rid of massive amounts of trash currently polluting our planet. It is a clean alternative to fossil fuels, which are getting harder to locate and extract, causing massive damage to the surrounding area and wildlife. Another benefit of biomass energy production is the reduced transportation requirements. Biomass renewable energy can be produced and supplied locally, which eliminates the need for long pipelines and other infrastructure. In this way, biomass energy production also decreases the pollution resulting from vehicles that transport the energy.

Biomass energy production does come with its down side, however. It can release greenhouse gases into the atmosphere when burned, but in smaller amounts than that which is released by the burning of fossil fuels. Biomass energy plants need to be equipped with exhaust gas cleaning technology to make them completely environmentally friendly. Also, there is the issue of how much it costs to produce and process materials needed for biomass energy production. Chipping, compacting, cutting and shredding massive volumes of biomass is frequently required. However, such cleaning technology is often not economically feasible for smaller plants. Moreover, harvesting, collecting, and storing raw biomass materials can be very costly, especially if we take into consideration the large volumes needed in comparison to fossil fuels.

Another problem that has been raised with biomass renewable energy is that some of the biofuels are created from food crops such as corn and soybeans. This takes these foods away from the world food supply, and some have blamed biofuels for food shortages and increased hunger around the globe. However, new methods have influenced biomass energy pros and cons profoundly, creating new sources of biomass renewable energy that do not affect the food supply and come from plants that are not edible nor use fertile soil. This includes materials like fungus, algae, rapeseed, and even household garbage or municipal waste.

It is important to compare biomass energy pros and cons, but more often than not its advantages greatly outweigh the disadvantages. This source of alternative energy may hold one of the important keys to our future, where renewable power sources that are environmentally friendly are predominantly used. This may also eliminate the use of damaging fossil fuels, on which the world is so dependent now.