Additional information on other types of natural disasters?

The heat wave of 2010 - can this record breaker happen again?
The seven safest countries to be in when global catstrophe comes
What is the most famous natural disaster?
Top 10 countries with the highest natural disaster risk
Global warming puts U.S. coasts at risk for flooding
Active volcanoes around the world
Natural disasters- snow avalanches
5 things you should do if the Yellowstone supervolcano blows

Natural disasters of all sorts occur in every part of the world. As humans, we seem to be surprised that nature can wreak such havoc and destroy and maim our existence. We forget that we are only temporary stewards of the land and sea and that nature makes the rules.

In the United States, I have lived in a number of areas, each one offering its own unique version of a natural disaster. In Western New York, we have the snow and ice storms. In Southern California, we have the earthquakes and in Florida we have hurricanes. There are floods, landslides and volcanoes as part of the natural disaster family. While each type of disaster can pose a different threat, there are some interesting facts about natural disasters. 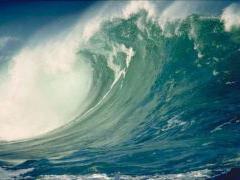 Earthquakes are part of the natural movement of the world's tectonic structure. Whether above ground or under the sea, land masses move towards each other and when they meet, they can cause the build up of pressure. The sudden release of the pressure causes the earth above to quake or move. Subduction land mass movement is where one portion of the earth is actually being pushed under the other. Japan has a subduction are that causes high earthquake activity. The other common form of earthquake involves the two land masses meeting equally and either having a stand off until one releases the pressure or actually pushing the land mass above upwards. Most of the major mountain ranges of the world have been caused by tectonic activity. The largest is the Himalayas. In the United States, there are forty one states that are at risk of experiencing an earthquake. In 1812, the New Madrid Earthquake hit in Missouri. The people that lived there reported that it made the Mississippi River run backwards.

Of all of the catastrophic natural disasters in the United States, 47.5% have been related to tropical storms and hurricanes. The damage of a hurricane can initially start with the high wind speeds. Since they are rotating, the winds strike in one direction for long durations of time. This can cause damage to occur such as all of the roof tiles on a home being removed on one side only. The major devastation is caused by the water surge. A tropical storm, typhoon or hurricane builds up velocity in the ocean and brings water on shore. This is known as a storm surge and most of the deaths attributed to these storms are caused by the flooding and the tornadoes that these storms can spawn. In 1999, Hurricane Floyd caused the largest peacetime evacuation in the history of the United States. 2.9 million people evacuated from Florida to North Carolina.

Tornadoes happen in a number of areas around the world, but are the most prevalent in the United States. There is an average of approximately eight hundred tornadoes each year in the U.S. within forty eight states. Tornadoes are measured by intensity based on wind speed, expanse over the land and barometric pressure. As an infant, in April of 1936, Elvis Presley survived a deadly tornado in Tupelo, Mississippi that killed over 236 people. In the past, it was believed that the strength of the tornado winds actually blew off the feathers of chickens. This was based on the number of featherless chickens that survived. It's now believed that intense fear causes the chickens to lose their feathers.

Volcanoes exist around the world but are of the highest count in what is known as the 'ring of fire'. These are hot spots of volcanic activity with a majority of the world's active volcanoes. Volcanoes can exist for millennia without exploding. Mt. St. Helens is a good example. A pristine, snow capped mountain without any activity for years. When the build up of pressure begins, the symptoms of volcanic activity starts with earthquakes and tremors. The explosion of a volcano can be devastating on a number of levels: Amount of ash and material blasted into the air and atmosphere. The pyroclastic flow is the down flow or avalanche of mountain materials, gas and rock that can reach speeds of 700 km per hour. One of the interesting facts about natural disasters is right here in the United States. There are a number of super volcanoes around the world. These super volcanoes are the most devastating of all. They lay dormant for thousands of years and when they explode they can actually effect the atmosphere, causing global winter. Yellowstone National Park contains one of these super volcanoes. It's believed that almost the entire park is the 'caldera' of the super volcano. The caldera is the deep chasm that is left after the volcanic eruption.