Active volcanoes around the world

Volcanoes are the active replenishment of the earthвЂ™s surface. Volcanoes have been erupting throughout the existence of the earth. There are a variety of different types of volcanic activity, from mild to explosive. There are also varying sizes of volcanoes, which include the smaller to the super volcanoes.

There are more active volcanoes around the world than most people are aware of. Approximately five hundred exist in what is called the вЂ?ring of fireвЂ™ around the globe. The вЂ?ring of fireвЂ™ encircles the Pacific Ocean and the volcanoes clearly display an actual active вЂ?ringвЂ™. There are other volcanoes that exist outside of the вЂ?ringвЂ™ as well. The earthвЂ™s core is made up of molten rock miles below the surface. Just above that is an area called the вЂ?mantelвЂ™. 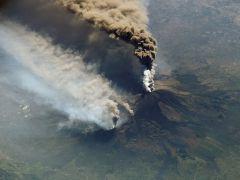 A volcano is a break in the mantel, allowing the magma (hot molten rock below the earthвЂ™s surface) to enter its way towards the surface. In many cases, this hot molten rock is blocked under pressure and can lay dormant while the pressure builds up. This raises the earth to a point of a peak or mountain. Years and even millennia can pass while the pressure continues to build and eventually erupts. Mt. St. HelenвЂ™s in the State of Washington is an example of this type of volcano. Other types of volcanoes have an open access through the earthвЂ™s crust and spew the lava (hot molten rock that is above the earthвЂ™s surface) on a consistent basis. Mt. Kilauea in Hawaii is an example of this type of open volcano and the Hawaiian Islands were actually created from a вЂ?hot spotвЂ™ of constant volcanic activity rising through the oceans and onto the surface.

The five hundred active volcanoes of today encompass the entire globe. Some erupt on a regular basis, while others lay dormant for many years. Volcanologists have a measure of severity, in the same way that we measure earthquakes using the Richter scale. ItвЂ™s called the VEI (Volcanic Explosive Index) and measures a magnitude scale based on the height of the volcano, the volume of items that erupt and the volcanic plume.

The volcanoes that have erupting continually for many decades includes: Mt. Etna, Yasur and Stromboli. However the most volume of lava that has been emitted comes from Kilauea (Hawaii), Mt. Etna (in Italy), Piton de la Fournaise (Reunion) and Nyamuragira (in D.R. Congo).

The worst volcano eruption within our recorded history was Krakatoa in Indonesia. The massive explosion was compared to approximately 200 megatons of TNT. The explosion itself was heard as far away as three thousand miles.

There are a series of what are called Super Volcanoes. These are considered to be the most devastating of all. The size is enormous and it takes thousands of years for the pressure build up to finally be released. One of these super volcanoes is in Yellowstone National Park. Almost the entire park has been measured as part of a past вЂ?calderaвЂ™, which is the crater depression that is left after a volcanic explosion. It is believed that the super volcanic explosions have changed the earthвЂ™s weather patterns due to the massive quantity of volcanic ash that is exploded into the atmosphere. The explosions are believed to have caused a global вЂ?winterвЂ™ effect, which blocks out the sun and reduces the vegetation growth. Volcanologists are constantly measuring the movement of the Yellowstone volcano, because it is still active and they know itвЂ™s not if, but a matter of when it will erupt again. The super volcano is one of the most dangerous of active volcanoes around the world.

5 Responses to “Active volcanoes around the world”