What is The Most Famous Natural Disaster?

When you are talking about the most famous natural disaster, there are quite a few that are lined up. Natural disasters have occurred throughout recorded time. However, it's only been in the last two hundred years that we have kept incredibly detailed records. Even then, some of the records of long ago are questionable, due to the political and demographic issues at stake. 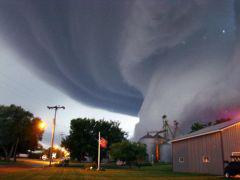 The tsunami in December of 2004 was caused by a 9.3 earthquake and the resulting death toll was at 275,000. The damage is still being assessed so we are unsure of the actual dollar cost that will be involved. This was called the Sumatra-Andaman earthquake and it was the third largest ever recorded. As horrible as this was, it did not top the 1976 Tangshan earthquake in China. All these years later, the magnitude eight earthquake total fatality list is still unknown. The range is between 255,000 and 655,000 people.

From a damage standpoint, the 1995 Kobe earthquake was configured for an estimated damage total of $150 billion. The amount of property damage was so high that it totaled more than the Los Angeles 1994 and San Francisco 1806 earthquakes combined. The Kobe quake was an accident waiting to happen due to the fact that it is located at the intersection of three active tectonic plates.

When talking about the most publicized natural disaster, we would have to refer to the 2005 Hurricane Katrina that struck the Gulf Coast of The United States. This was the area of the country that every meteorologist dreaded for the path of a hurricane. While the death toll is still being tallied, it stands currently at approximately one thousand people. The flood waters that arrived with the hurricane caused levies to break. Hurricane Katrina inflicted higher property damage due to the fact that it had landfall in the multiple locations of both Florida and Louisiana. Damage then escalated to over $30 billion. The rebuilding process is guessed to exceed over $150 billion, which would then be higher than the Kobe earthquake. The news coverage for this disaster did not just include the incident, but also showed the world that the United States was not prepared to assist in any kind of expedient manner within our own borders.

If we want to take into consideration the most devastating natural disaster that encompassed all of the three criteria topics, it would have to be the one that is called mass extinction. It happened over sixty five million years ago and ended not only the dinosaurs, but a majority of all other species on earth. Most scientists believe that this was due to impact from an asteroid, but new theories have included super volcanic activity.

3 Responses to “What is The Most Famous Natural Disaster?”