How traditional mining is drilling away earth’s resources

Drilling for oil and natural gas, as well as mining for coal, causes severe problems for the earth. There are alternatives though, and these renewable energy sources and fuels are much cleaner and more environmentally friendly. Biodiesel and ethanol are both produced using biomass materials, usually from corn and soybeans in the United States. These biofuels can help eliminate the strain that human activities put on the planet. 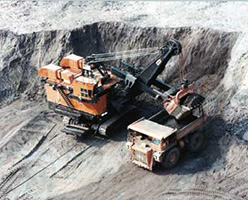 Energy demands across the world are high, and the primary energy source for many countries still derives from fossil fuels. Locating and harvesting these fuels can be very labor intensive, expensive, and difficult. Fossil fuels are non-renewable resources because they take tens of thousands of years to create and much has already been removed from the earth in a matter of a few hundred years. Because these resources are limited, at some point the earth will be completely depleted of them. For this reason alone, alternative renewable fuels must be found, but when the damage that has already been inflicted on the earth is considered, complete recovery, especially in a short period of time, is almost unfeasible. This is why it is important that we try to minimize these negative effects on the earth.

Mining for coal does great damage to the environment, plus, when coal is used for energy in the form of heat or light, among others, greenhouse gases and harmful emissions are released, creating pollution. Mining for coal can be done by digging into and under mountains and other terrain, looking for coal seams that can be harvested. Another method is called mountaintop mining, and this is just as harmful and even more strenuous on the environment. Entire mountain tops are removed, just so mining companies can get to coal seams and deposits easier. Once the mountain is torn apart, it cannot be put back together. In addition, streams, rivers, plants, and wildlife can be affected for miles because of the excess dirt and rock that is displaced around the mining sites.

Oil and natural gas drilling also pose a huge strain on the earth. These methods can cause contamination of the air, land, and water for miles around, harming plant and animal life. Hydraulic fracturing is one problem, and this happens when toxic chemicals involved in the drilling process are injected into or near drinking water supplies and wells, causing the water to become contaminated, making it unsafe to drink. Waste pits from these drilling processes can contaminate surface and ground waters, and storms and rains can cause these contaminants to enter nearby rivers or streams. Wastes from the production and drilling processes can contain many toxic chemicals and compounds, and this can have a detrimental effect on soil quality. These wastes include metals - many of which are toxic to humans - salts, hydrocarbons from petroleum, and materials that are naturally radioactive.
With all of the renewable alternative energy sources available today, there is no reason for continued dependence on oil and other fossil fuels. Some biofuels can be made from plants that grow in poor soil conditions and are not used as food crops, so there is little competition for food or fertile land. Biofuels and alternative renewable energy sources can let you do your part to prevent creating a strain on the earth.