Global warming is causing the glaciers and arctic ice cap that has been preserved for millions of years to melt faster, and this can affect many different ecosystems. The flow of colder water from the melting ice is flowing into the sea much faster, which can cool down the warm water flows that are necessary for tropical marine life. Tropical fish and animals may not be able to survive if the water temperature changes drastically, and marine life that can absorb carbon may do so increasingly and become threatened. The pristine lands and habitats that are around the melting ice can also be adversely affected. 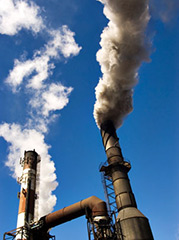 Global warming due to increased greenhouse gases has already had a big impact on the earth and many of the ecosystems. The weather around the world is slowly warming, and tropical storms, devastating hurricanes, typhoons, and other severe weather patterns are on the rise. The climate and temperature of areas are changing, leading to an increase in unknown and unusual bacteria and viruses to be found. This can be a very serious problem, because viruses common in one area that could not thrive in another may suddenly find conditions more hospitable. This can lead to a global threat that is worldwide from diseases now only seen in remote areas.