Sulfur dioxide and sulfate emissions do not occur with WVO like they do in fossil fuels, and these emissions are what cause acid rain. WVO contains no sulfur at all, so these emissions are eliminated. Carbon monoxide emissions are also lowered with the use of WVO, and by as much as 60 percent, and the carcinogens present in gasoline emissions are reduced by 90 percent with WVO. WVO emissions contain 45 percent fewer particulates, components have been proven to increase the cases of asthma by as much as 50 percent. Using WVO instead of gasoline or diesel will lower hydrocarbon emissions by 50 percent as well, and this has a beneficial effect on the atmosphere, especially in places like California and others where smog from emissions and pollution has become a big problem. 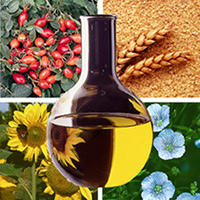 What is the future of WVO? WVO is waste vegetable oil, and most of us have seen commercials or articles showing vehicles that can run on waste vegetable oil, which is the same oil that is used for cooking. Diesel engines can usually run on WVO, many times with little or no modifications needed to the engine. The first diesel engine was created by Rudolf Diesel. As a fuel, Diesel used peanut oil, which was in abundance at the time. That means that the first diesel engine was a vegetable oil engine, and this is why few or no modifications are needed for many diesel engines to run on WVO.

There are critics who say that the WVO vehicles could not possibly become common, due to the high costs of vegetable oils and the substantial amounts of vegetable oil that would be needed if all the cars in the country, or the world, were converted to burn WVO. Most researchers and analysts say that the capability exists today to allow 5 percent of all vehicles to run on WVO without having to produce any more vegetable oil. This is taking into account the amount of WVO that is disposed of by restaurants and other businesses that use it. In the United States alone, 4.5 billion gallons of WVO are produced, and many of these gallons end up costing restaurants to dispose of them. Vehicles that can run on WVO would have a source of free fuel, and restaurants could get rid of this waste at no cost. Both sides would win. WVO is also much more environmentally friendly than gasoline or diesel, and carbon emissions would be significantly reduced.

WVO produces slightly less harmful emissions than biodiesel, and is significantly more efficient than regular diesel or gasoline. WVO is a biofuel, and these fuels are neutral when it comes to carbon dioxide because the plants grown to produce biomass materials absorb carbon dioxide from the environment. The little carbon emissions that are released by them are offset by the amount absorbed, thus they are neutral.
WVO as a biofuel can play an important part in the future of energy. There will probably never be a time when WVO is the main source of energy for the United States and/or the world, but this technology can play an important role. The future of energy for the world will probably not rest on one single alternative renewable energy source, but instead use a combination of many different sources, including WVO. This biofuel may help reduce dependence on fossil fuels by 5 percent, while another renewable source may provide another 10 percent and a third source providing more. Using all available renewable sources of bioenergy, including WVO, will eliminate dependence on fossil fuels and reduce damage being done to the planet.