Another disadvantage of a vegetable oil economy is the bad publicity some third world countries give the United States because of the perceived fuel versus food dilemma. Some leaders say that using biofuels will cause world food prices to increase and food shortages to occur. This is simply not true. Alternative energy crops that are not edible and do not use fertile land can provide vegetable oil without taking away from any other crops. Vegetable oil has seen a price increase, but this is mainly because the cost of oil increasing. Higher oil prices mean a higher transportation cost, which is reflected in the price. 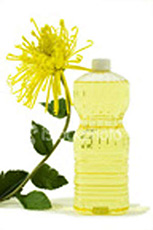 One pro to a vegetable oil economy is that vegetable oil is a cleaner burning fuel than regular oil or gasoline. Vegetable oil and biodiesel, which are very similar, do not contain sulfur or sulfates, so there are no harmful emissions that can cause acid rain when these fuels are burned.

American restaurants throw out billions of gallons of cooking oil every year, which would become fuel in a vegetable oil economy, resulting in significantly less landfill waste. The vegetable oil would also be produced domestically, so another pro is that this fuel would be available locally instead of being transported long distances or coming from foreign countries. This would end dependence on foreign oil and would lower the cost of fuel significantly.

Another advantage that a vegetable oil economy would have would be the growth, revenue, and employment opportunities that an increase in vegetable oil production would entail. Every aspect, from farming the crops, to people running the processing plants, would benefit. Farmers would be paid to grow energy crops and would no longer get a small pittance from the government to let fields sit empty. The production plant would need many employees for the production process, thus more job opportunities. The local economy and government would benefit from increased spending at local businesses and increased taxes, including sales taxes from goods and materials purchased, property taxes on the production plant, and income taxes for the business itself, not to mention all of the worker's salaries.

A vegetable oil economy does have a few drawbacks, however. One of these is the fact that even if all the waste vegetable oil was used, only 5 percent of the fuel needed to run the vehicles in the United States each year could be produced. Using soybeans for biodiesel production would mean that many more acres of energy crops would need to be planted to get even close to the amount needed to eliminate fossil fuels completely. There are other alternatives though, including crops that produce more oil per acre than food crops.

Another advantage of these high oil crops is that some, like rapeseed and Castor plants, can be grown on land that is not usable to grow food crops.
A vegetable oil economy alone is probably not feasible, but an economy based on vegetable oil used in combination with other alternative renewable fuels that are also friendly to the planet is very possible and may be smart alternative.

6 Responses to “Pros and Cons of Waste Vegetable Oil Economy”