Engines of the future: biodiesel, hydrogen and electric

Technology has come a long way, even in just the past 20 years. Today, it is possible to use clean-burning engines that produce little or no pollution or cause emissions problems. Whether you choose a vehicle that uses electricity, biofuels, or other alternative energy sources, these will help eliminate the need for and dependence on fossil fuels that are contributing to global warming, not to mention the smog and air pollution problems seen in big cities like Los Angeles and New York City. Clean-burning engines mean using biofuels and other clean and renewable energy sources in place of the fuels we have used for more than one-hundred years. We can make the world a better place by using cleaner engines and fuels. These technologies may take some time and expense to finish perfecting, but the end result is definitely worth it. 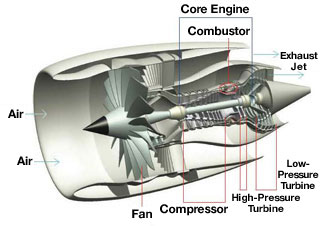 Environment-friendly, clean-burning engines that produce little or no harmful carbon emissions are possible, and over the last hundred years a few have shown promise.

One of the most popular methods to fuel an engine with clean or green fuel is to use biodiesel. This fuel is created from biomass that can significantly lower greenhouse gas emissions, which would have a positive impact on the environment rather than a negative one. Engines that burn biodiesel are very similar to diesel engines. The only difference is that these engines use biodiesel or a combination of regular diesel and biodiesel.

Biodiesel engines burn cleaner than others, creating less pollution and fewer carbon emissions. These engines do not contribute to smog and visible air pollution problems. Switching to biodiesel is a very inexpensive change to make. The initial costs are small and the process is not very complex.

Biodiesel is made from biomass energy, where plants and other organic materials are used to create alternative and renewable fuels, including biodiesel and ethanol. Ethanol is an alcohol-based fuel that is distilled and fermented in much the same way as alcohol. Ethanol is frequently added to gasoline to prevent and minimize carbon emissions, and there have been a few engines created that can run on ethanol alone. All biofuels will help engines run cleaner and more efficiently, but engines must be created or modified to use biofuels.

Hydrogen is another engine concept that could eventually result in a clean-burning vehicle engine. Hydrogen is in the air and the water and all around us. Hydrogen engines convert water into steam, which creates the power needed to run an engine. There have been successful hydrogen engines, but a problem exists with fueling. Hydrogen is highly combustible. A safe and convenient way for people to fuel their vehicles has yet to be found.

Electric engines are clean and produce no harmful emissions, but these engines cannot create and store large amounts of power. Electric engines are available, usually in hybrid vehicles, which combine gas and electric power. This engine generates electricity when the vehicle is in motion. The charge is then stored in one or more of the vehicle's batteries. A problem exists, however, with low or dead batteries. This is why the engine has a gasoline component, so when the vehicle is not using or not able to use electric power, it simply changes over to gasoline power.

One Response to “Engines of the future: biodiesel, hydrogen and electric”