What is the Real Cost of Producing Corn Ethanol?

The true cost of producing ethanol must take into consideration the limited amount of resources available in the world, but biofuels made from corn, such as ethanol, are not responsible for higher food costs or for hunger in third world countries where food is scarce. There are alternative biomass sources that can be used to make cellulosic ethanol, and many of these plants and other sources are not included in food crops because they have no food value for humans or livestock. Plants like switchgrass and other weeds can be used as an alternative source as well as agricultural wastes. 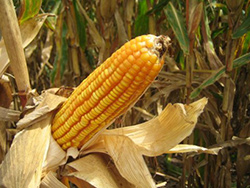 While everyone has been rallying around ethanol as the world’s answer to an alternative fuel, there are some nasty little hidden secrets that are being exposed. These secrets are pointing towards the fact that ethanol isn’t as ‘alternative’ as we thought.
Producing fuel from corn, also known as ethanol, is an alternative to using fossil fuels. One of the biggest costs involved ethanol production is the fuel versus food dilemma that has been raging globally. Many third world countries have been accusing the United States of using corn to produce fuel at the expense of worldwide hunger, which in turn, raises food prices.  Researchers are delving into this accusation and have found that the increasing cost of oil and fuel prices have a greater impact on food prices than any corn shortage due to the increased use of corn as a biofuel source. It appears to be a myth, that there is any food shortage in the world due to this factor, and most of the corn that is supplied to other countries is used as feed for animals and not for human consumption. Other factors that may affect food prices include the increase in cost of fertilizers, pesticides, and all other costs associated with growing, processing, packaging, and transporting food.
Higher transportation costs are another consideration for corn ethanol. This equates to the fact  that it costs more to get food to store shelves, and food prices have gone up based on this factor alone. If it were due simply to the fact that corn prices have risen due to the diversion of some corn to the production of ethanol then all food prices that does not require corn for production, would not be affected. Instead, every food item that is available at local grocery stores has gone up significantly. This would not happen if there were a cheap and reliable source of fuel available, a situation where food prices would potentially drop.
There is also the argument that the production of ethanol from corn directly causes hunger in third world countries. This speculation is also not true. One of the leading government officials in India has stated that the United States has a duty to ship any extra corn to third world countries at a low price, instead of using it for the production of ethanol, but this argument does not hold. Most consumable food sent as aid does not go to third world countries, and what does is in the form of feed for livestock, and not intended for human consumption. There is plenty of food grown in the world to feed the entire planet, and the cause of hunger and lack of food in many areas is due in part to crops that are grown and immediately sold instead of being used locally. Another cost factor involves the actual problem of transporting available food to the people who need it the most.

Ethanol is an alternative source of energy that is renewable, but there is a final cost which must be taken into consideration. The product of ethanol does not reduce the harmful emissions as much as other sources such as cellulosic ethanol. While ethanol is a smarter choice when compared to using fossil fuels, but there are even better alternatives that can be used so there is absolutely no concern about a food versus fuel dilemma at all.

2 Responses to “What is the Real Cost of Producing Corn Ethanol?”