Are you looking for additional information on the global warming controversy?

New research and scientific updates on global warming offer chilling information that we should all be focused on. The negative aspects of global warming are showing that there may not be a benefit to this type of catastrophe. 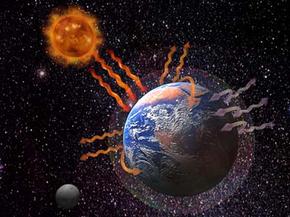 The negative impact of global warming is well-documented. The global warming cons are numerous and even frightening. Here are some of the key words associated with global warming: Ocean circulation disruption, desertification, flooding of low-lands due to higher sea levels, more common extreme weather events such as hurricanes, extinction of species, mass disruption to agriculture, mass movement of people away from the coastal cities.

All of these macro-processes are likely to be the net result of an overall increase in the warmth of the earth; however, on a more micro regional level some of these processes will be reversed. For instance, in colder climates such as Northern Russia and Canada we are likely to see an overall increase in the number of species present. Chances are, these regions will become more suited to agriculture, and to life in general.

When we talk about the pros of global warming, we usually refer to the extreme northern and southern regions of the world and how beneficial the decline of permafrost would be for its inhabitants. This is true – an increase in global temperatures could in many ways be very beneficial for these regions.

There is certainly no doubt (unless you work for Foxnews) that global warming is a reality and that humans are causing it or at the very least exacerbate it. The emission of greenhouse gases has soared in the last century, and the atmosphere cannot cope with it. Certain political parties and corporate organizations are not eager for the public to become fully aware of the climate change issue, as it goes against their personal interests (i.e. - oil).

An individual might say that global warming is great because there will be longer summers, less snow etc, but such a viewpoint is incredibly narrow minded and does not take into account the global impact of changing weather. Many people might feel isolated from the rest of the world in their daily lives, but there is no doubt that if the world heats up at the rate that it is now, the consequent global issues will be sufficiently hard hitting and serious as to impact everyone, no matter where they live.

Therefore, whilst one certainly has the right to talk about the possible pros of global warming in certain regions of the world, and whilst this is a valid topic worthy of discussion, this should be in no way twisted into an excuse to do nothing about the problem. The predicted level of global warming of an average of 5 degrees over the next century could be catastrophic for the world as a whole, and this is what we need to keep in mind. Huge efforts are being made, mostly noticeably in Europe, to reduce carbon dioxide emissions, but with many nations such as the US and China not on board, this is just not enough. The big hope for mankind at present lies in technology, which is advancing rapidly to meet the many challenges that global warming will bring in the next century.

For the original story, and further information on the pros and cons of global warming, click here

51 Responses to “Pros and Cons of Global Warming – new information”