Is Global Warming Fact or Fiction?

The global warming controversy has been going on for years and the debate on whether global warming is fact or fiction only continues to intensify. Environmentalists all across the globe are warning us about the deadly consequences global warming will have on the planet, while the skeptics of global warming refuse to budge. The concept of global warming states that basically our planet is getting warmer all the time, and a lot of it is attributed to unnatural causes. These causes are also referred to as anthropogenic causes (i.e. manmade). 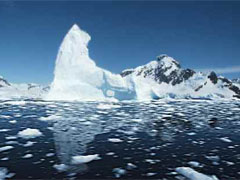 There are a lot of global warming facts and fiction out there. Perhaps the biggest fiction is about global warming is that humans play an insignificant role in climate change and the increasing global temperatures. The simple fact is that the amount of CO2 created by the actions of humans is far too great to be referred to as ‘insignificant’. Besides carbon dioxide, there are numerous other ‘manmade’ (emitted as a result of the actions of humans) greenhouse gases that have accumulated in the atmosphere,such as methane.

The accumulation of these greenhouse gases plays a key role in global warming. The way it works is when the sunlight enters the atmosphere, the accumulated gases trap it, resulting in increasing temperatures of the planet. By the end of the current century, the overall predicted temperature rise is 1.4C to 5.8C. This may not look like that much on the surface, but it is huge on a global scale, considering that the ice age was triggered by a drop of 5C all those centuries ago. A 5 degree increase is sure to have a very significant impact on our planet, causing some major calamities that could wipe out animal and plant species, as well as other serious consequences.

A recent U.S. survey of 3,146 scientists has only confirmed that the effects of human actions on global warming are real. This may seem like an incongruity, considering the latest harsh winters across Europe and North America. However, all of the scientists confirmed that the overall temperatures have been rising. There are still some divided opinions though as to the exact degree to which humans are responsible.

Whether you believe that global warming is fact or fiction is up to you, but the evidence produced over the last two decades points very clearly to ‘fact,’ rather than ‘fiction.’ Man’s actions are in large part responsible, say the scientists. The oil industry is the most powerful in the world though, and it is in their interests to keep the ‘fiction’ side of the debate going for as long as possible.