What are the Least Polluted Cities Worldwide?

A short list of those cities around the world that have taken steps to keep their cities as pollution-free as possible. 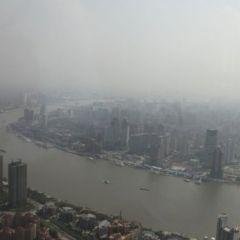 There are various types of pollution in the world: air, water and land. Some of the least polluted cities worldwide all have some things in common and this list continues to change as many cities and countries change their priority towards environmental issues.
Greenhouse gases are lower than many areas, and all types of environmental pollution are minimized or eliminated to protect the environment.

Canada and the United States seem to have the most cities with the least pollution. This is due to a number of factors, including legislation in both countries that has been in place for longer periods of time than other countries. The only cities on the list that were not in either the United States or Canada are Tallinin, Estonia and Pekanbaru, Riau (an Indonesian province on Sumatra island.

Helsinki, Finland has been named one of the greenest cities in Europe and Bern, Switzerland is another city which has very few greenhouse gases released, and that takes pride in clean air and pristine land conditions. Finland, Sweden, Switzerland, and Norway all have a number of cities included on the list of the cleanest and best cities in the world. Katsuyama, Japan is another great place to live or visit, with clean air and beautiful scenery that is not polluted or damaged.

Some of the least polluted cities worldwide are those in countries which are developed, and that have a democratic or population run government. Mass transit systems also play a part, as shown in the countries which have numerous cities that are considered clean and non polluting. Environmentally friendly options in mass transit make a big difference in the types of environmental pollution that is caused. Manufacturing that is done in a clean and eco friendly fashion also has an impact on how much pollution is caused in a city. The least polluted cities worldwide are those who make a big effort to minimize their impacts on the environment, while providing green options for the populations of these cities. These cities see fewer breathing problems like asthma, because the air is cleaner.