What are the Least Polluted US Cities?

What additional resource information are you seeking on the least polluted cites, states, countries?

The United States has been touting clean air, water and earth for a number of generations. Following through on these lofty goals has been a difficult process, as corporations and the general public alike must buy-into the process. This often requires personal and company changes with escalating costs.  Federal and State governments have had to step in to set requirements and guidelines so that Americans can live in healthy environments. It only makes sense to congratulate the least polluted cities in the United States. These are locations that have gone above and beyond the call of duty to follow through for the health of the people, wildlife and the planet. These cities are great places to live and visit, and they all share some common characteristics which help keep them clean and environmentally friendly. 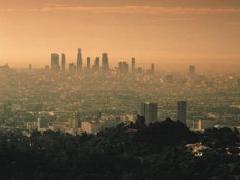 There are many types of environmental pollution, and one of these is air pollution. This type of pollution can cause asthma attacks, allergies, and possibly trigger other health problems as well. Greenhouse gases and particulates released into the atmosphere from vehicles is a big part of air pollution, and the least polluted cities in the US all share clean air which is healthy and pollution free. This step helps minimize and eliminate other types of environmental pollution as well. Clean air means cleaner water and land, and a healthier population.


The American Lung Association (ALA) produces a list of the cleanest cities in America. The least polluted cities in the United States are stretched out all over the map, and are not just in one area of the country. Cheyenne, Wyoming makes the list, but so do most of the cities in this state because of the small population and the fact that ranching and farming are the two biggest occupations in the state. Santa Fe –Espanola, New Mexico : a small town founded in 1880, whose initial growth started with the railroad. Tucson, Arizona: their ongoing efforts against pollution have made headlines for the last number of years. There is a tie between Great Falls, Montana and Honolulu, Hawaii: both cities have been long known for their pristine locations and continued focus on keeping their population healthy. Anchorage, Alaska: It isn’t surprising that Anchorage makes the list, because they have had both a community and company support of Alaska’s pollution efforts. There is another tie between Albuquerque, New Mexico and Amarillo, TX. Both of these cities are new to the list, but have been on a number of other lists as some of the best places to live in the country. Redding, California: This is quite an accomplishment for a city that initially had its success based on the lumber industry in the 1950’s. Salinas, California: This one is not a surprise. Anyone that has ever been to Salinas will immediately see the intense pride and unbelievable healthy attitude of the community.

As more U.S. cities join the anti-pollution effort, the list will become more difficult to narrow down each year.  We look forward to a day when all cities are equally gauged and there is no need for a least polluted list.