How other countries are using biomass fuel and biodiesel production

Biofuels are the future of energy, and as such, more and more countries are turning to these fuels to substitute the environmentally unfriendly fossil fuels. The Kyoto Protocol focused on reducing harmful emissions for every country, but the focus needs to be on available solutions. The world's leading scientists are calling for it. 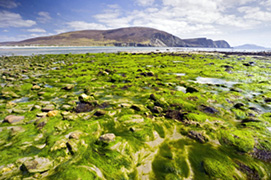 The production of biofuels occurs in many different countries, but not every country agrees with this technology. India is an outspoken dissenter about using crops to produce fuel. They argue that it leads to hunger, and they harshly criticize countries for creating and producing biofuels. Research has shown, however, that most crops used to create biofuels are not intended as food sources, and most countries support the production of biofuels. In fact, several - the United States and Brazil in particular - have higher than normal biofuel production.

Biofuels are gases and liquids that are created from biomass. Basically, biomass is made up of plant and other organic matter such as animal waste and municipal waste. Many countries produce biofuels -- some for commercial use and some only for domestic use. Biofuels can include hydrogen, methane, methanol and other components. Two main types of biofuels, biodiesel and ethanol, are in commercial production in several countries.

Biodiesel is created through a process called transesterification. It involves breaking down organic fats and oils. Ethanol is made by letting the biomass carbohydrates turn into sugar, which then ferments. Both ethanol and biodiesel can be used as fuel for vehicles with compatible engines. Biodiesel is usually mixed with regular diesel, and oftentimes, ethanol is mixed with regular gasoline.

Twenty-one countries, at last count, produced biodiesel. Few countries are against it. The countries that stand opposed to biofuels are third-world countries where poverty is widespread and hunger runs rampant. These countries argue that using available food to make fuel is selfish. However, it's not a lack of food that is the problem, but the transportation of what is available. Furthermore, their governments do not productively help the poorer classes with food subsidies and lower food prices.
Both ethanol and biodiesel can play a big part in putting an end to global warming. Biofuels offer many benefits including a better local economy, less air pollution, increased use of renewable resources, cheaper energy and increased job positions to grow and process the necessary crops. With all the benefits that biofuels offer, it's no wonder that many countries are highly supportive and are already producing them.