Both the diesel oil tree and the fungus Gliocladium roseum can be used in biodiesel production eventually, it is just a matter of doing further research and waiting for the trees to grow big enough. Trees may play an essential role in the future of biodiesel production, and may have even more surprises in store. Biofuel production can help prevent global warming and pollution all over the world. Using sources like trees and tree fungus to create biodiesel has many benefits, including the fact that these sources are not used for food and so do not reduce the amount of food crops available to humans and livestock. 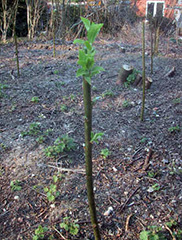 Fuel from trees may sound far distant, but in truth it is a possibility right now. Australian farmers are growing a variety of tree that is used in biodiesel production, and a new fungus has been discovered that grows on trees which also can be used in biofuel production. Both of these new discoveries may end up completely changing the way biofuel production is researched and performed. These sources of biodiesel show that there are much better ways to produce fuel than to damage and destroy the earth for oil and natural gas.

The diesel oil tree, as it is nicknamed, was given to the Copaifera langsdorfii tree which comes from Brazil because this tree can produce an oil that is very easily turned into biodiesel. Instead of destroying the tree, it simply needs to be tapped in the same way that maple syrup and rubber are extracted. These trees can produce oil for approximately seventy years, which make them a renewable and sustainable energy source as long as new trees are planted every so often to replace trees which no longer produce oil. These trees are a long term investment for Australian growers, because it can take up to twenty years before the trees start to produce the desired oil. The oil does not need to be refined in any complex process, it simply needs to be filtered to remove any impurities. After the filtering process biodiesel production is complete, and the fuel can be used in vehicles and other equipment. This form of biodiesel does have a drawback though, it does not have a long shelf life. Any oil recovered must be used within three months or it will not be effective any longer. These diesel trees can play a big part in biodiesel production around the world if enough of them are planted. They can provide a sustainable source of energy that does not harm the earth, plus the trees while growing are a carbon sink, meaning they absorb carbon from the atmosphere and replace it with oxygen, acting as an air purifier for the planet.

Another newly discovered source of biodiesel products that has been found is the mold Gliocladium roseum, which grows on some trees located in the Patagonia rainforest. This fungus produces carbons that create mid length chains under certain conditions, and these carbon chains are identical to many of those found in petroleum. This fungus shows great promise in biodiesel production, but needs more research before it can become a viable source of biofuel production. The petroleum products are only produced by the mold under very narrow and specific conditions, which means it must be studied to determine other ways to create myco-diesel, a biodiesel that comes from fungi.