What additional information are you seeking on futuristic fuel sources and systems?

Alternative fuels will eventually be the thing that breaks space travel wide open, and makes it possible to really explore most of space. Supercapacitators may also be part of the solution, and there is a lot of research going on in this area. Supercapacitators act like batteries, only in a much bigger way. They have the ability to store enormous amounts of energy, instead of the small amount that a battery can hold. Once an alternative energy source is discovered and developed that can create enormous amounts of power, supercapacitators may be able to store this energy until it is needed. 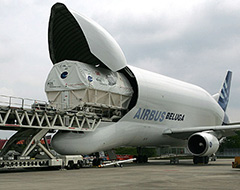 Alternative fuels may be the answer to space travel far beyond what we can imagine right now. With the oil and fossil fuels in use currently, space travel is very limited because of the lack of sufficient energy. In space, planets are situated far apart, and an incredible amount of energy is needed to get to one of these planets. The space programs and shuttles that go into outer space only orbit around the earth, or go as far as the moon. This is wildly different from science fiction, where spaceships can travel millions of millions in just a few minutes on very little fuel. This does not mean that there is no future in space travel, because as technology advances and more alternative fuel sources are developed, we will be able to go further into space and away from the earth.

Alternative fuels are going to be the key to deep space exploration, because as new fuel sources are discovered they will be cleaner, more efficient, and more powerful. At some point in the future alternative fuels may make it possible to go past the sun and into unknown areas of space that we have never been. Right now NASA uses different energy options on the space shuttles. Rocket fuel is used to propel the spaceship up past the atmosphere, and hydrogen fuel cells provide energy on the shuttles while the spaceship is in orbit. Using biofuels to replace the rocket fuel know being used may be one part of the equation, but even biofuels that are available currently do not have the extreme energy needed to make extensive space travel possible.

Some scientists have theorized that creating a stable wormhole may provide an alternative source of energy and for sending messages to other areas of space, but right now this is only a theory with no data to back it up. Many different ideas have been experimented with to try and create a spaceship that could access the energy needed for exploration farther into outer space. Unfortunately many of them can not be proven or used without a lot more research and advances in technology. Improving the hydrogen cells used in these spaceships may be part of the answer, if it is possible to create a better hydrogen cell that can produce much more energy than it can right now. Unfortunately, until we can find alternative fuels which can help extend the travel possible, mankind here on earth must settle for short trips and orbits into outer space.
Alternative fuel and space travels are very closely connected. Spaceships require substantial amounts of energy just to get off the earth and out of the atmosphere, and so much energy is needed that these trips are planned very carefully, and only occur after months of planning and hard work. Finding alternative energy sources, such as more potent and energy packed biofuels, can be the answer to getting farther in space than ever before.

2 Responses to “Alternative Fuel Systems and Supercapacitors for Space Travels”