2040 Alternative Fuels Mandate Means That We Are Switching to New Sources Completely?

There are rumblings around the country that the federal government may try to mandate that all passenger vehicles and light trucks be powered by alternative fuel by the year 2040. The 2040 alternative fuels mandate is not something that is going to be implemented any time soon, or at all. In theory, it sounds noble that the country would switch from oil to automotive alternative fuels by 2040, but implementing such a sweeping change to the landscape of America would require infrastructure changes that might not be feasible, even if the automotive alternative fuels technology were available. There is a big difference between having alternative energy work in a laboratory setting compared to making it a reality in the lives of millions of people. 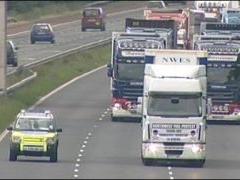 If you look at the alternative fuels index, which keeps track of the prices of automotive alternative fuels such as biodiesel, ethanol, electricity and methanol, then you would know that the price to manufacture and store these types of fuels is expensive and dangerous. According to the alternative fuels index, it is far too expensive right now to produce ethanol from grain. Oil has run our country and our automobiles for so long that the ripple effect of switching to new sources in a matter of just 30 years could potentially devastate the economy. With the country and world filled with so much untapped oil and oil shale reserves, there is no way that oil will be obsolete. By 2040, 2040 alternative fuels will most likely be a major player along with oil. The 2040 alternative fuels switch is just a lofty idea similar to theories like the one that said we would all be living on the moon and driving spaceships by the year 2000.