Additional input on the various aspects of the effects of global warming. These effects can have a catastrophic outcome on every aspect of life on earth. 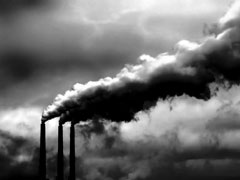 There is a number of predicted effects of global warming, including extreme weather conditions like droughts, floods, hurricanes, wildfires, and heat waves. Melting ice caps are also among the predictions, with the consequent rising sea levels that will threaten the lives of millions inhabitants living along the coastlines. However, with all these predicted disasters, there are also a few predicted positive effects of global warming, and I have summarized the main ones in this article:

1) Warmer winters. With the winters being warmer, there is likely to be less damage to people’s health and property. Less illnesses will be caused by cold-related stress and lack of vitamin D. Less damage will occur to people’s cars and houses, because there will be less winter storms and snow blizzards.

2) Increased plant growth and food production. Crops need three things in order to grow bigger and more lush – water, heat, and carbon dioxide. If global warming continues, there will be more of all these three things. Also, billions of acres of land will become available for crop growth, which are currently unsuitable because they are too cold. Although some losses of crops are bound to be suffered in certain zones because of global warming and droughts it will bring, other areas will benefit immensely, like the vast unused land of the north.

3) More habitat. Another reason why global warming is good is that species that can currently reside until certain latitudes will be able to do so further north. The tree line has already seen a northward shift in the Canadian prairies, and this will actually help reduce the levels of carbon dioxide in the atmosphere, acting as a negative balance

4) New estuaries. The rising sea levels caused by the melting glaciers and ice caps will spur the creation of new estuaries. These are extremely productive ecosystems, and will be another reason that global warming is good.

5) More shipping lanes. There is currently a number of shipping lanes, which can be hard to navigate through, or remain completely impassable. One of the positive effects of global warming is that these lanes will become more open, and there will be more traffic between Europe, Asia, and North America.

6) Increased tidal energy. This is another positive effect of the melting ice caps. Because the sea level will increase, the energy of the ocean’s tides should increase accordingly. This may allow for revolutionary developments in the area of renewable tidal energy.

Having said all this, these six positive effects do not negate the endless negative effects of global warming, which still greatly outweigh the positive. So there’s no excuse for going and buying an even more powerful car! Saying that though, it’s important to remember that the human and animal species are very adaptable to external conditions. Global warming will not bring the end of the world, although some massive changes will occur, some which will cause great difficulties for our children. If we can keep temperature increases as low as possible, by emitting fewer greenhouse gases, it will be better for us all.