5 Main Reasons why the Existing Renewable Energy Policy is Inefficient

Are you looking for additional info on renewable and alternative energy policies and solutions?

The existing renewable energy policy is inefficient and does not work for several reasons. The renewable energy policy that is in place is very weak, and does not do nearly enough to make the change from fossil fuels to renewable forms of energy a priority, with businesses, the American people, and the government. In Washington D.C., many government buildings receive energy from a coal power plant nearby that is very polluting and harmful to the environment, but changes will not be made because of the high cost to the taxpayers. 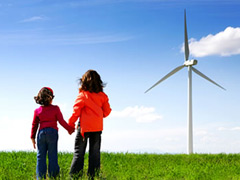 1. Political Influence By Oil Companies And Other Special Interest Groups

2. No Carbon Credits Or Taxes On Pollution And Greenhouse Gas Emissions

Right now the current renewable energy policy does not use green certificates, carbon credits, or carbon taxes. Companies which add significant greenhouse gases and pollution into the air do not pay for this or see a reduction in their profits, instead they complain that it is too expensive to use the current technology available to prevent this. There is no penalty for polluting twice as much as a factory across town, so companies have no incentive to take care of these issues. It is cheaper just to continue to pollute and contribute to global warming.

Renewable energy financing is an important part of any renewable energy project. With the slow economy and the trouble in the financial sectors, this financing is very hard to come by. There is no government financing available, and the private sector is just not issuing financing for these types of projects. This can leave the planners, developers, and builders of these projects in a jam, because financing is not available to them. This can cause the entire project to be put on hold, or even dismissed completely.

For decades, big oil companies have been subsidized and given money by the United States government to help offset the costs of researching and developing new technologies and reserves of fossil fuels. Even in the last few years, while major oil and energy companies made record profits and Americans were paying four dollars or more for a gallon of gas, these oil companies received billions in taxpayer dollars as subsidies for destroying the earth and damaging the environment, while renewable energy companies and projects are not eligible for these same subsidies. This gives big oil companies an unfair advantage.

5. The Penalties Are Cheaper Than Compliance

With the existing renewable energy policy, there is no bite to go along with the bark. Companies that do not comply with renewable energy and pollution requirements are given penalties which are very small compared to the cost of resolving the problem. Very stiff penalties and fines would ensure that companies made every available effort to prevent pollution and carbon emissions from being released. This would make it more cost effective for the company to fix the problem than to continue to pay large fines, and when something affects the profit and bottom line of a company it is usually followed strictly. If there is no stiff penalties than companies may just pay the fine rather than comply.