Will China Take Over America? 5 Reasons Why Not!

As we all know, the media loves to hype things up, and the latest example of this is the notion of China taking over the world, which is ridiculous on many levels. Yet the question “will China take over America?” is becoming more prevalent among the American public due to this media hype. Here are 5 reasons why the answer to this question is a definite NO: 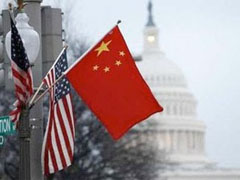 1) China’s Poor Financial Planning
The first reason why the notion of China taking over the world is preposterous is that although its economy is constantly growing, it is still subject to the same rules as the rest of the world. Just like the United States, the Chinese economy has gone through its own financial crisis and has accumulated a fair amount of its own toxic loans. Just recently the Chinese government had to bail out the biggest banks in the country, since they were engaged in a lot of reckless lending. With these kinds of problems, China won’t be taking over America any time soon.

2) China’s Aging Population
Another reason why the answer to “will China take over America?” is a definite NO is due to its rapidly aging population. At the same time, the government’s policy for having only one child harms its economy, because there is a lack of new workers. Eventually China is bound to have less competition and too many elderly citizens to support, which will drain its economy immensely.

3) Overheated Economic Activity
The government body that is in charge of the centralized economic policy keeps setting higher production goals for the country. This has resulted in an overheated economy and a serious danger of economic overcapacity. There may be immense economic growth now, but this kind of double-digit annual gains in the GDP cannot go on forever. The economic laws will eventually cause a big bust.

4) Lack of Entrepreneurship
China’s biggest value is still conformity, and in general its society still lacks the dynamism and freedom that Western countries have. This lack of freedom leads to a stifling of progress and innovation. China wants to benefit from a booming economy in an open society and maintain its authoritarian reign at the same time, which is difficult to do. In the end, China will have to make a choice between having prosperity and freedom or autocracy and authority.

5) Severe Pollution
This is a serious problem in China, as many are aware of. Its endless construction projects are taking a massive toll on the environment, and its residents suffer as a result. Huge projects are ruining China’s ecosystem, destroying local villages, and polluting its water, air, soil, and food. Air pollution in particular is at epidemic levels and the citizens’ health continues to plummet. These sorts of escalating problems are bound to take a toll on the Chinese economy very soon.