What is Liquefied Petroleum Gas (LPG)?

LPG is a gas that has no odor and is not toxic. In addition, this gas is not as flammable as most other fuels, making it one of the safest vehicle fuel options around. Alternative renewable energy sources such as solar power and hydro power are safer, but there is no fuel involved with these vehicles so the comparison is not equal. LPG does pose a danger though, and this involves a buildup of the gas. LPG is heavier than the air, so it will sink to the lowest point on the floor. Because there is no odor, a buildup of gas in the air may result in asphyxiation because LPG will take place of oxygen in the air. An odor causing chemical is added to LPG so that any leak is detected right away to minimize this safety hazard. There is a second health risk with LPG, and that is frostbite. The gas will not irritate skin, but it is extremely cold when it leaves the pressurized tank. If the escaping gas makes contact with your skin it may cause the skin to freeze, resulting in frostbite. 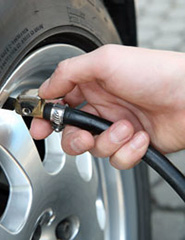 What is Liquid Petroleum Gas, also known as LPG? LPG includes both butane and propane gas, and is a generic term for both of these gases. LPG is gas that consists of hydrocarbon gases that are combined. LPG is a fuel that is used in automobiles and other vehicles and also to heat appliances. LPG can also be used as a refrigerant, and is becoming more popular as an aerosol propellant as well. LPG is more environmentally friendly than using either oil or coal. Liquid Petroleum Gas is made during the crude oil refining process. This gas can also be taken from streams of gas or oil that come up out of the ground. Because LPG comes from oil, it is a fossil fuel and as such is not either renewable or sustainable.

LPG is used in more than five million vehicles around the world, and hundreds of thousands of these are right here in America. It occurs naturally in the ground, usually located around oil and natural gas reserves. LPG must be processed and can not be used in the natural state due to contamination from water and impurities. More than ninety percent of LPG that is used in this country is produces here, so LPG may be a possible solution to ending our dependence on foreign oil. LPG burns very cleanly, and this gives it an added benefit over oil or coal. Much less maintenance is needed for systems that burn LPG because there is substantially less carbon buildup. This reduces the chance of an accidental fire or blockage, which can be caused by a high level of carbon buildup in the system.

Vehicles which use propane or LPG are much friendlier to the environment than diesel or gasoline vehicles. LPG vehicles do not produce anywhere close to the amount of carbon monoxide and nitrogen emissions that traditional vehicles which run on gas or diesel do. These vehicles have fuel systems which are tightly sealed up, so no harmful vapors can escape. Liquid Petroleum Gas also has a much lower sulfur amount, and this means that there is less sulfur in the atmosphere to create acid rain. LPG vehicles may run on a fossil fuel, but they are much more efficient and earth friendly than vehicles which run on other types of fossil fuels.

One Response to “What is Liquefied Petroleum Gas (LPG)?”