A more in-depth review of the top five causes of global warming with focus on the negative effects of each one. 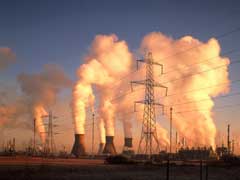 Global warming is a serious issue in our lives today. To better understand what it means for us and our world, we need to understand the causes and effects of global warming. First, let’s look at its top five causes:

1. Deforestation of the rainforests. The planet’s forests, especially the rainforests, are like its lungs. They produce a lot of the oxygen we, humans, need to breathe, and they capture much of the harmful carbon from the atmosphere. Cutting the trees down increases the carbon release, which in turn, contributes to rising temperatures.

2. Farm animals releasing methane greenhouse gases This is one of the natural causes and effects of global warming. However, as the population grows, more and more farms are being created, which causes more methane to be released into the atmosphere. Methane contributes to rising temperatures by trapping heat close to the earth.

3. Fossil fuel power plants. This is probably the biggest cause of global warming. These plants are responsible for releasing massive carbon dioxide amounts into the atmosphere, which immensely contributes to rising global temperatures.

4. Vehicles. Automobiles are largely responsible for global warming as well, because of their sheer numbers. They burn fossil fuels, producing greenhouse gas emissions, which very much contributes to global warming.

5. Processes of recovering fossil fuels. These processes, especially mining, makes the stored up carbon get released into the atmosphere, which also contributes to the rising temperatures.

Now let’s examine the effects global warming has on our planet:

1. More For the original article, hurricanes. The rising air and water temperatures mean that the frequency and intensity of hurricanes around the world will also increase.

2. Spreading of diseases. As countries in the north begin to warm up, they could become plagued with insects that carry diseases from the south, which the northern populations are not acclimatized to.

3. Melting of the polar ice caps. This will make the sea levels rise significantly, which will make the ecosystem unbalanced. Also, this will somewhat desalinate the ocean, which will change the temperature of ocean currents and this will mean that climates in various parts of the world could drastically change.

4. More heat waves and droughts. Global warming may cause some serious droughts and heat waves in many areas of the world, although a few areas may actually become wetter. Africa and Europe are expected to receive the worst of it, and with water already being a shortage in Africa, there could be some serious consequences.

5. Economic consequences. Global warming will not have good effects on the economy either. Diseases cost a lot of money, as does the damage that more severe hurricanes will cause.