Who killed the Electric Car? Why are hybrids so shunned and inaccessible? Why did General Motors get bailed out without completely rethinking and/or overhauling the American automotive industry? These ongoing questions, full of environmental and economic implications, will never be given straight answers. In a country where wide open expanses and shifting landscapes make efficient transportation a necessity, why is it so difficult to crack this proverbial nut? 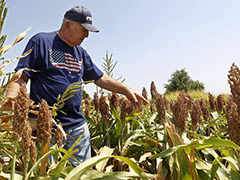 The persistent fossil fuel vs. alternative fuel debacle is not unlike U.S. political parties. In both cases, the constituency has the illusion of choice instead of an actual selection. The bottom line, unsurprisingly, is that the Capitalist aristocracy (for lack of a better term) will continue to milk the old auto industry as long as possible. Consider the recent ethanol quota mandated by Congress as a perfect example of stagnation masquerading as progress. It’s not only too little, too late, but as complications arise, it’s also becoming a good old-fashioned American example of passing the buck.
In an effort to meet unrealistic requirements within the gasoline model, a surplus of ethanol has been added to our gas supply. For the consumer approaching the pumps, this means higher prices as well as a widening cost gap between regular and premium grades.

Premium gas prices are now around 30.2 cents over regular. That number is up from 24.1 cents in 2010 and 18.2 cents in 2000. Now, here is the real kicker: According to Edmunds.com, premium fuel is required, or at least recommended, for more and more new makes and models. Any further hike in the price of premium could affect a third of the cars that hit dealerships in 2013. In other words, that new car smell is bound to be somewhat overshadowed.

As a result, refiners frantically buy up ethanol credits to satisfy requirements – another factor that drives up price. Of course, the so-called “experts” argue about reasons and cause just like the producers and oil companies. The back-and-forth creates a lovely whirlwind of spin for the American public to wade through at its own risk. So, that being said, we’ll leave you with at least a few concrete facts from The New York Times concerning this ethanol quota.

According to March 2013 New York Times article by Matthew L. Wald, “Gas companies are required under federal law to blend a certain number of gallons of ethanol into the fuel. But refiners argue that some cannot reach that requirement because they are nearing or at the so-called blend wall, the maximum percentage of ethanol in gasoline that most gas stations can handle, 10 percent. They also note that is the maximum level recommended by auto manufacturers for most cars. Refiners blame Congress, arguing that the ethanol quota was set at a time when gasoline demand was expected to rise steadily. Instead, demand has declined, and refiners, obligated to blend more ethanol than they can actually use, have resorted to buying a lot of ethanol credits, known as renewable identification numbers (or RINs), to meet the mandated levels.”

Ms. Trilby Lundberg of the Lundberg Survey described this process as “buying forgiveness from the government.” And, to everyone’s dismay, the credits’ increasing popularity has boosted gas prices nearly tenfold since January. In other words, ride your bike.