The dangers of handling methane gas the wrong way

Liquefied methane, which is used in refrigerators, may cause frostbite. In this case, the skin becomes waxy, white or yellow. Tissue death may occur if the frostbite is severe enough. Needless to say, contact with the eyes may result in even worse effects. 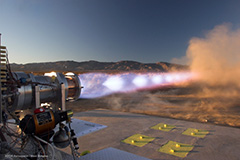 Scientists have been studying methane gas for centuries. While it is a natural and clean gas, it is also deadly toxic to most living creatures. How is methane gas produced? How are humans and animals exposed to methane gas?

Methane is a gas and is the main component of natural gas. Methane's molecular formula is CH4. When it is burned, it produces water and carbon dioxide as byproducts. It can burn only when mixed with oxygen. As it is relatively abundant and clean when burning, methane is a quite attractive fuel source. However, its transportation is associated with some difficulty as it is a gas. Usually, it is transported via pipelines with only a few countries that use trucks for transport. Most of us know how methane smells if we have a gas oven at home, but methane is actually an odorless gas. The smell many of us associate with this gas is actually an artificial odor added to the gas to provide a signal in case of a leak.

By burning methane in gas turbines or steam boilers, the gas is used for electricity production. Many homes have methane gas piped in, which is used for heating systems and cooking appliances. Its energy content equals to 39 megajoules per cubic meter. Methane is also used as a fuel for vehicles. Before it can be used for that purpose, it needs to be compressed. It is considered to be environmentally friendly, even friendlier than petroleum and diesel fuels.

Interesting research is being conducted by NASA regarding methane as a potential rocket fuel. A positive conclusion was found about methane. It can be found in many parts of our universe, meaning that it's extremely abundant. This means, of course, that methane could be collected on-the-spot and used accordingly.

Methane is also used in the chemical industry. Hydrogen, acetic acid and methanol are also produced using methane. Methane's boiling point is 161 degrees Celsius under a pressure of 1 atmosphere. This gas is flammable when its concentration is between 5 and 15 percent. If it is in liquid form, methane may burn only at the pressure of 4 to 5 atmospheres.

Another important point about methane is that it can be harmful to human health and is a contributing factor to global warming. Even though methane is non-toxic when it doesn't reach its explosive limit of five percent, it can be a dangerous asphyxiant. Asphyxiants cause oxygen deprivation, which happens when oxygen is superseded by methane. The minimal presence of oxygen in air should be not less than 18 percent.
Another thread is associated with the abundance of landfills. The matter is that methane is being produced in landfills as well from decaying organic matter. Soil allows methane to migrate underground, which may cause an explosion hazard in adjacent homes. Methane travels through soil into basements. This is why methane monitors should be used on and near landfills where methane is being released. Such monitors burn methane off avoiding its spreading and underground migrating.