Race for the Prize: GM vs. Tesla

Have you ever counted the number of businesses on any given highway somehow devoted to the automotive industry? Between body shops, dealerships, tire retailers, gas stations, and insurance carriers, the percentage is almost always astounding. In the sprawling landscape of America, we love our cars. Cars equal convenience, freedom and independence. The only problem is that we’ve known for some time now that they’re polluting and perpetuating our national oil addiction. Even the stragglers can no longer pretend or deny that our freedom vehicles don’t account for a huge chunk of the country’s carbon footprint. 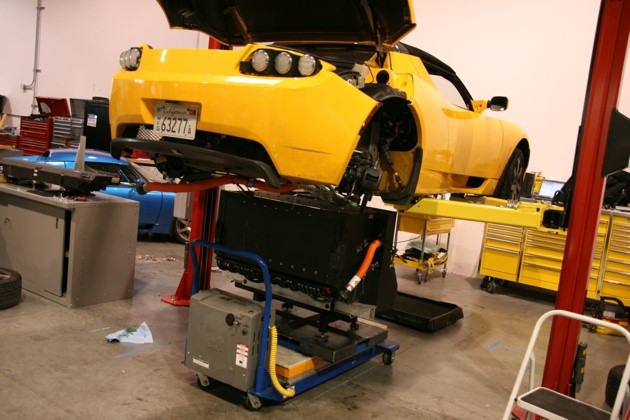 Hence, the race for an affordable and clean electric car with long-range capabilities has officially begun. General Motors and Tesla are neck and neck as they set out to master a battery that will last for more than 200 consecutive miles, and to build a car that they can charge less than $40,000 for. In other words, who can produce thecheapest and most mobile badge of progressive thought and awareness for the American everyman? The only downside to this competition is that, as of late September 2013, both companies are only in early planning stages. Even though the starting gun has been shot, we won’t know who crosses the finish line first until several years from now.

According to Jeff Blagdon’s article on theverge.com, “The biggest problem standing in the way of mass-market electric vehicle production is battery cost. The [Wall Street] Journal points out that the majority of EVs on the road have a range of under 100 miles, allowing them to keep battery costs comparatively low, but doubling that capacity and still keeping prices in the $30,000 range would be difficult.”

At the moment, it seems as if Tesla and trail-blazing CEO Elon Musk have the edge. Tesla CTO JB Straubel told The Wall Street Journal that Tesla’s battery costs are less than half of the industry’s average, and that the company’s battery energy density is expected to increase by 20 percent in three or four years. But,a decade after it abandoned the EV1 electric vehicle program, it’d almost be nice to see GM take the race. That victory might go some way in justifying the company’s government bail-out.