The level of growth in Africa and the Middle East is almost unprecedented. While this growth brings prosperity to the regions, it also offers a platform for smart development, setting energy policies that go beyond their vast wealth of fossil fuels base. If planned well, the regions could jet past all other countries through the use of their own hidden wealth of renewable and sustainable energy sources. 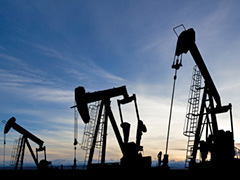 The Middle East and Africa are well known for their fossil fuels and have been a resource for the rest of the world. This catapulted former underdeveloped and barren communities into some of the world’s richest areas. The question for development that is currently being faced is how these regions can continue their growth while diminishing their own reliance on oil and oil products. Energy policies are being examined to address the intensity of growth and expansion, which will soon outplay electricity needs to the point of potentially importing oil.

IEA is working with the various governments to develop new infrastructures and plans to address and meet the population growth and power needs, while balancing the requirements with solar and wind power sources. The future of these regions also offer the ability of exporting the renewable energy sources throughout the Mediterranean Basin. This is a complete win strategy as they reduce their carbon footprint, accommodate the population energy needs and also encourage profits and a return on investment with alternative energy.

It might seem to be a strange concept to research and build renewable and sustainable energy in areas that are rich in oil and fossil fuels, but their future depends on the eventual reduction and elimination of those dependencies. This is a radical change of direction and, if planned well, should be an example for the rest of the world.