Along with all the scientists who state that the causes and effects of global warming are sped up drastically by human actions there are global warming skeptics, who deny that the increase in temperature is caused by man or even that this increase is occurring at all. So the question is: is global warming fact or fiction? One fact that can not be disputed, even by global warming skeptics, is that glaciers and ice caps around the world are melting, and that this is happening at an increasing rate. Satellite photos and surveys over the years have shown that much of the ice shelves in certain areas of the world have melted and disappeared, and what is left is still receding. 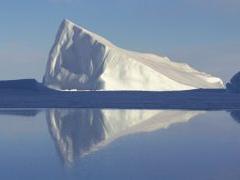 The global warming fact or fiction debate usually centers around whether the causes and effects of global warming are natural or caused by man. Global warming skeptics point out that through thousands of years the temperature of the earth naturally warms and cools in cycles. These skeptics do not believe that mankind has had any effect on the temperature of the earth, or that steps must be taken to stop greenhouse gas emissions. The melting of ice around the globe shows that global warming is happening, but the causes and whether or not action should be taken is a big part of the debate between skeptics and believers. All of the money spent on this supposed problem could be better spent in other areas instead, according to some who argue this temperature fluctuation is a natural phenomenon.