History has taught us that ice ages come in cycles, and they are the result of many factors, including global warming and rising sea levels. Both of these are happening today, at an accelerated rate, because of carbon emissions and other harmful pollutants that we have released. It is past time that we start using alternative renewable energy sources and stop polluting the earth. If another ice age is started sooner than it should be because of all the damage mankind has done to the earth, all of mankind will be the losers, as well as almost every other species on earth. We have a responsibility for saving our planet, and our survival as a species depends on it. This is done by using environmentally friendly energy sources, and eliminating pollution released into the air. 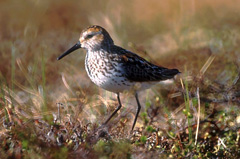 Everyone has heard of the ice age, and I am not talking about the movie. The ice age happened far back in history, but it should serve as a warning for modern times as well. The Pleistocene Ice Age happened more than eighteen thousand years ago, and at the end of this age the earth started warming. This was the true start of global warming, and most of the world was covered in sheets of ice and very cold temperatures. Through the centuries, the earth has continued to warm, melting much of the ice and uncovering land that was quickly inhabited by man, plants, and animals. The history of ice ages actually goes back much further than this though. For six hundred million years, ice ages have been present for most of the time. The earth has warmer periods roughly every one hundred thousand years, and these warming cycles will generally last somewhere between fifteen and twenty thousand years. This means that the next ice age may roll around in two thousand years at the latest, if some scientists are correct.

Global warming will happen no matter what mankind does, but the worry is due to the fact that we are speeding up the process by releasing fossil fuel emissions such as sulfur, carbon, and other greenhouse gases. Eventually, if global warming becomes severe it may lead to a much higher sea level due to melting ice, and this leads to increased moisture in the air, shown by high humidity levels. This in turn will cause more rain and snow to fall. Some scientists fear that global warning is just one symptom, and the results will be the shortening of the time until the next ice age occurs in the cycle of the earth. They believe that pollution made by mankind and present in the atmosphere can cause some blockage of the rays of the sun, and this can hurry along another ice age and thus might bring a global cooling effect.

Global warming is not caused by man, but when we burn fossil fuels and release greenhouse gases and pollution into the air, we are contributing and speeding up the process. This may speed up the next ice age as a result, making survival extremely difficult in many parts of the world. History has shown that mankind as a species may survive in an ice age, but just barely because of the inhospitable conditions. Areas that are not covered in ice and glaciers are mostly similar to a very cold desert, with little to no rainfall and extremely low temperatures. Through the history of the earth there have been warming periods and ice ages, and unfortunately the ice age has been present around eighty percent of the past. This means that it is only a matter of time before the balance tips back to cold, and we need to take every possible step not to start this tipping if possible. Global warming and airborne pollution may be the weights needed to tip the scales, and slide the earth right back into another ice age.