Global Warming and the End of the World

How bad are the global warming problems, really? Will there be constant extreme droughts, deadly storms, and catastrophic floods? Will global warming really lead the end of the world as we know it? My kids are just a few years old, bit what kind of future awaits them?! 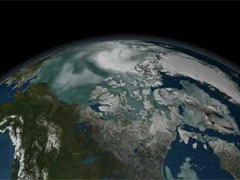 Despite various fears about the apocalyptic outcome of global warming, modern computer simulations are predicting that the impact of global warming over the next 100 years will be substantial, but not civilization ending. Sure, there will be some big changes to our planet and the climate we are used to, but with collective effort we could all learn to adapt to the new climates we will experience.


The global warming – end of the world paranoia has intensified over the last few years partly because of the UN’s annual climate change reports. The frenzy about climate change seems to be more contagious than epidemics like the flu. One of the recent headlines in a German newspaper shouted that there are only 13 years left to save the planet. But on the other end of the continuum there are global warming skeptics who refuse to accept any of it as fact and truth.

Well, the fact and truth is likely to be between the two extremes. There will definitely be number of global warming problems and negative effects in the future, but there will also be winners. Basically what will happen is that the earth’s climatic zones will get reshuffled around. But to say that global warming is the end of the world is an overstatement, simply because different regions of the globe will be affected by it differently.

Computerized regional models demonstrate that besides the impacts of global warming that will be experienced in some regions (like drought and heat), some regions will actually benefit from it, like northern countries. There is a vast amount of virtually unused land in countries like Russia and Canada, which will actually gain the potential for human exploitation.

Another unfounded fear about global warming problems is that there will be massive storms that could devastate villages and towns with a fury that has never been seen before. Modern long-term simulations demonstrate that this will not materialize at any rate. Extreme doomsday predictions like these often feed off the public’s emotions with its sensationalist claims, and will do anything to blow up a factual problem to be dealt with into an ‘end-of-the-world’ frenzy.

In our state of current affairs, it’s important to get the facts straight and not get sucked into sensationalist doomsday predictions. The thing is that it’s too late for us to prevent climate change from happening completely. Governments can keep trying to reduce greenhouse gas emissions, but even with their efforts we will only probably be able to limit the global temperature increase to 2C (3.6F) by the end of the 21st century. However, this rise is not likely to have apocalyptic consequences. Keep in mind though, that despite the good news I have given in this article, global warming still IS a big problem for mankind, and international efforts to reduce greenhouse gas emissions are vital in keeping future problems to a minimum.