Looking into geothermal as a possible investment? Excited about the recent advances in the field and the interest the industry is generating? Massive geothermal investments are being made across the world as we speak, and the more you know about such investment projects the better a position you will be in to invest wisely. Here are 2 important events happening in the geothermal world at the moment: 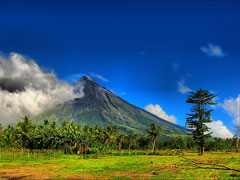 Twenty different nations, including the populous country Indonesia, have made a commitment to make large-scale investments in geothermal via Climate Investment Funds. These countries were divided into two different groups and the first group consisting of fourteen countries promised to bring about substantial changes in the sector of clean energy, as well as decrease carbon emissions from power plants.

Marty Natalegawa, the Foreign Minister of Indonesia, said that there is huge geothermal potential in Indonesia and it could become the largest geothermal energy user in the world, and that the International Renewable Energy Agency’s chairman in the UAE is willing to promote this concept to the world. The government of Indonesia wants to attract about 12 billion dollars for its geothermal sector investments, and it is countries like the UAE that can help Indonesia reach this goal.

The Apacheta project is actually a joint venture that is being developed under the name of Geotermica del Norte S.A. Enel holds 51 percent, and Empresa Nacional del Petroleo S.A., which is an oil and gas company, holds 46 percent. The remaining 3 percent is held by Corporacion Nacional del Cobre, which is a state copper-mining company (also referred to as Codelco).