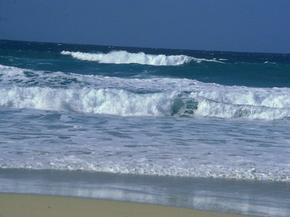 Tidal power energy is still being studied and developed, but in the future it could be a major renewable hydropower energy source. It is possible to convert tidal power renewable energy into electricity using turbines. The way it works is water is channeled to flow past turbines – through a dam or underwater in the sea – and these turbines then generate energy. Currently there are only a few stations that generate tidal power energy around the world. The oldest and the biggest of these is at La France River in northern France. Other places have great potential for tidal power renewable energy generation as well. England, for example, could supply over 10 percent of its electricity in this way. In the U.S. the coast of Maine is the best place, as tides there have a large amplitude.

Tidal hydropower energy has various advantages. The first of these is reliability and consistency. Other alternative energy sources like wind and solar can have varying amounts of energy generated depending on the weather conditions. Tidal power energy can generate electricity by the clock and indefinitely. This means that shortages can be easily avoided. In addition, tidal turbines are efficient when it comes to generating energy. They can convert about 80 percent of the energy into electricity. Wind and solar energy generators convert much less. Of course, another great benefit of tidal power renewable energy is that it is environmentally friendly. There are no CO2 emissions that are damaging to the atmosphere or Sulfur Dioxide emissions responsible for acid rain.

Of course, like with any alternative energy source, there are disadvantages to tidal power energy. One disadvantage is that disrupting the tides dramatically affects the wildlife in the area. But scientists and engineers are looking for ways to work around this problem. Another disadvantage is that the start-up costs involved are very high and a lot of time is required for the construction projects, which can cost millions of dollars and take up to 10 years to build. But at the same time, any alternative energy generation system is expensive to build, and if you put a tidal barrage in a good area, it will make it worth it because it will generate a lot of energy. Of course, this brings us to the next disadvantage – that there is a limited number of locations where the installation of these tidal power energy generation plants would be economically feasible. To make them worth it, the volume of ebbing water has to be very high. Of course, many countries do not even have coastlines, so this kind of alternative energy is not relevant to them.

The bottom line is that tidal power energy is a great potential renewable energy source of the future, but it remains to see how widely tidal power projects will be implemented.

For the original article, click here
For more information, go to:
en.wikipedia.org