In retrospect, this new fuel source would offer many benefits. It does not use organic materials that are suitable for human or livestock feed; it can grow in harsh conditions with widely varying temperatures and climates, and even in places where little to nothing can grow, and it grows much faster than many other plant crops do, so it is possible to grow large amounts in very short periods of time, making it available to meet fuel demands much faster than soybeans or other crops grown to produce biofuels. 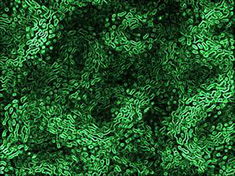 Using algae as a biomass source may seem farfetched or space- age to some, but today, we're a lot closer to using this energy source than many think. Biomass energy is becoming more common, especially with the price of oil and other fossil fuels increasing. Biomass fuels and other alternative renewable energy sources help prevent pollution and global warming. Pollution and global warming have become big concerns. On many days in some large cities in the United States, it is not 100 percent safe to breathe the outside air because of all the pollution.

Some of the biggest arguments against biomass and biofuels come from third-world governments and impoverished countries. They argue that producing these energy sources will reduce the amount of crops grown for food and will result in a significant food price increase, but algae may be one of the available solutions that can satisfy critics and replace fossil fuels that damage and put a strain on the earth.

Algae grow very quickly and can contain high amounts of lipids, or oil, making these plants a perfect source for biodiesel and other biofuels production. The oils found in algae can be turned into biodiesel with minimum processing. These plants double their mass many times per day, so large amounts can be grown quickly. Algae also produce 15 times more oil per acre than other plants like rapeseed, palms and soybeans.

Algae get energy from sunlight. This energy is then combined with carbon dioxide and water to produce biomass. Another benefit that this energy source offers that many other crops cannot is that algae can be grown in places where many food crops would not survive; so finding/cultivating fertile farmland would be less of a concern.

One acre of algae will produce 10 to 20 times the amount of oil that can be produced from one acre of soybeans or rapeseed, making algae very cost-effective. Algae are also very earth-friendly, sucking up carbon dioxide and replacing it with oxygen in the atmosphere. The biodiesel produced using algae will help eliminate pollution and global warming because it is clean-burning.

Algae may very well become one of the top-produced fuel sources of the future. There is already an algae plant planned to be built in Texas where algae will be used to make a bio-jet fuel.
There are many types of renewable alternative energy sources available, and this one is the latest. Algae show great promise in reducing or eliminating fossil fuels and a dependence on foreign oil. Algae can be cultivated across the United States, creating jobs and therefore aiding the economy and helping make the country self-sufficient when it comes to energy production.

One Response to “Biomass Algae – a New Energy Source?”