Regardless of how much of this resource is left, people sometimes forget that this resource cannot be replaced. This is already a problem for many countries worldwide. Statistics show that 90 percent of the world's energy consumption comes from fossil fuels. 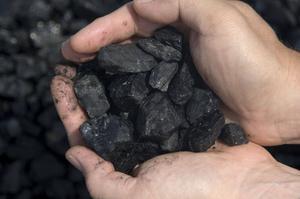 Gasoline, a fossil fuel, is what powers the engine in your car, and as such, has become an essential part of life. Of course we buy it at gas stations without thinking twice, but before we can buy it there, it had to be produced and delivered. So what is it about fossil fuels? An issue is that fossil fuels are nonrenewable energy sources. Every year the world's demand for this energy source increases, leaving more and more of this energy source depleted. Although this has been an issue for many decades, the danger of an energy deficiency is unlikely to be solved anytime soon.

Fossil fuels come from beneath the Earth's surface in the form of ancient plant an animal remains, or fossils, having taken millions of years to form. This includes coal, gas and oil. The Carboniferous Period (approximately 354 to 290 million years ago) is considered to be the age when most of the fossils we use today as energy sources were formed.

Scientists don't know exactly how the formation process took place, but they do know that pressure and heat, combined with a very long period of time were the main factors of fossil fuel formation.

Over that time, phytoplankton and zooplankton became petrified, or turned into rock. Pressure and temperature increased causing this substance to break down into hydrocarbons. It is likely that there were additional factors which are not known now, but surely pressure allowed for gas and oil to migrate to the upper layers of the Earth's surface.
Within the past few decades, new technologies have been developed based on renewable resources, trying to avoid a steadfast dependence on fossil fuels. How far these new technologies will take us is not clear yet, though it is almost certain that only the countries that invest and develop these new alternative energy sources will be at the forefront of future progress.

6 Responses to “A Few Words about Fossil Fuels Formation”