What Forms of Renewable Energy Have Greater Potential? 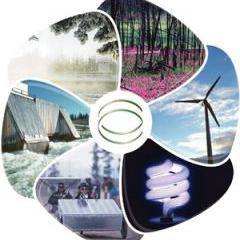 Solar Energy remains quite costly. The pros on solar energy are that the technology is being forced to reduce cost, size and energy storage ability. The tax incentives have not kept up with the total cost of investment. The sun states are in the best possible position to encourage solar energy, but have also not added any real movement for the private citizen or commercial business to pay the higher price. It is, at the current time, the most popular and easily accessed of the forms of renewable energy.

Tidal Energy is a remake of the historical use of the water wheel. Tidal energy uses the difference in low and high tide elevation. The process can be costly, as it involves the building of a dam or barrier to block the in tide. The build up of water pressure opens a channel through to a turbine which generates electricity. Some countries around the world have access to excellent tidal energy and have instituted tidal energy to reduce the cost from four hundred KW to 240 megawatts. The down side is that everything is dependent upon the length of time between tidal rise and fall. The maximum amount of energy is at a ten hour rate for every twenty four hours. The maintenance cost is low for this type of energy format, but the initial costs can be $13.8 billion dollars.

Wave Energy is very similar to tidal energy in that it uses the power of the waves to turn the turbine. The amount of power that can be generated is dependent upon the wind velocity pushing the waves. The benefits are obviously only for those that have extensive coastlines and can use wave energy. The positive output of wave energy has been equated to between seven and seventeen megawatts of power per coastal mile. The other downside to wave energy is that it hasn't received the technology attention as some of the other forms of renewable energy. Lack of Federal funding combined with the fact that wave energy cannot sustain long term use has made this a lower priority energy resource.

Ocean Thermal Energy Conversion (OTEC) uses the heat differences between the lower and upper oceanic areas that have at least thirty six degrees Fahrenheit difference. This difference is usually found in the tropical and subtropical oceans and is the engine that runs a thermodynamic process. A partial vacuum supplies a conduit for warm seawater to evaporate and then create steam that runs a generator. The downside on this is again, lack of attention. Very few OTEC plants have been developed and all are still in the experimental stage.

Nuclear Fusion has been applauded by those that feel nuclear is the direction to go in. Nuclear fusion is neither earth friendly, green, inexpensive, nor considered a renewable source of energy by the experts. The byproducts of nuclear fusion create other environmental problems that cannot, in any way, offset the benefit of any energy gathered.

Wind Energy has received a lot more attention as well as becoming a more viable mass manufacturing option. Wind energy uses the power of the wind to turn arms of wind turbines which then creates energy via a generator. The popularity of this option has increased as we see cost reduction in the price of the turbines. There remains a limitation in the fact that it is only viable in open areas and areas that have higher wind capacity.

Biomass Energy uses the principal of burning sources that are alternative to fossil fuels to generate energy. This can include everything from food to organic waste to generate electricity. The downside to this is that burning, in general, can produce other side effects and gaseous pollution, if not monitored properly.

Hydrogen is the most common element on our planet and has the highest possibility of being used as a renewable energy resource. The hydrogen molecules can be separated to produce energy and potentially replace natural gas. Unfortunately, the technology and dollars have not been invested for scientific study or manufacturing results. Studies have not been made as to any planetary effect that may occur through the large scale hydrogen conversion process.

Geothermal uses the heat produced beneath the earth's surface to produce steam for generators. This alternative has also not received wide spread attention or funding and is still in the beginning stages of scientific investigation.

To summarize, it appears that using current technology, solar and wind offer the best forms of renewable energy. With that said, new technologies may show promise when addressing any of the hydropower alternatives (tidal or wave) as well as OTEC.

One Response to “What Forms of Renewable Energy Have Greater Potential?”