What Benefits of Biofuels Are The Most Significant?

A lot of talk has been generated for the last few years about replacing traditional forms of fuel with biofuels. Biofuels are liquid fuels made from renewable sources like plants. There are many benefits to biofuels, which explains why more than $4 billion was invested in increasing biofuel capacity in the year 2007. Currently, biofuels only make up about 2 percent of the world's fuel. People are now making biofuel in their garages and new generation biofuels are popping up everywhere. Below is a list of the top 5 benefits of biofuels. 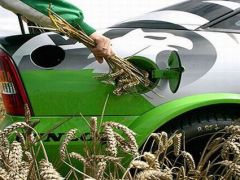 1. One of the biggest environmental benefits of biofuels is that they are carbon neutral. When biofuel is burned, there is no CO2 left over to remain in the atmosphere to cause environmental damage.

2. New generation biofuels are very affordable. Some studies have shown that they are the most affordable fuels in the world, which could dramatically help the economy in the future. Apart from the low cost to make biofuels, there are additional savings that are passed on to consumers and businesses because of attractive tax credits and incentives offered by the government to people who utilize biofuels.

3. Another of the big benefits of biofuels is they reduce dependency on foreign oil.

4. Biofuels are a natural replacement for traditional oil products like gasoline and diesel because they work well as a fuel and are renewable. Also, making biofuel is inexpensive and they can even be made by individual consumers.

5. Biofuel vehicles are already on the market so consumers do not have to wait many years to reap the benefits like other renewable fuel sources.

One Response to “What Benefits of Biofuels Are The Most Significant?”