It is difficult to believe that there are countries that can be generating all of its electricity from renewable sources, but it is already a reality. The following 5 are the top renewable energy countries: 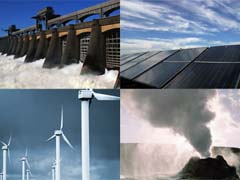 1) Iceland. As many people know, Iceland is one of the top renewable energy countries due to the large amount of geothermal power it produces. 27 percent of electricity is via geothermal in Iceland, and the remaining 73 percent is supplied via hydro. So, Iceland is 100 percent renewable!

1) Poland. It is regretful to say that Poland generates 96 percent of its electricity from coal.

2) South Africa. This country also receives a large dose of its electricity from coal, but slightly less than Poland, at 93 percent.

3) Estonia. Slightly higher is Estonia, where coal generates about 90 percent of the country’s electricity.

4) China. This country is currently the world leader in greenhouse gas emissions, and 80 percent of its electricity is generated by coal. This is largely connected to powering so many factories to make goods for foreign export – much like those goods you will buy in American department stores, for example. China’s government is pushing for more installation of solar and wind power, and hydropower facilities as well. However, new coal-fired power plants are also being build in large amounts, which counteracts those efforts. (To read about renewable energy storage methods, click here).

5) Australia. This country is only a little better than China, with about 79 percent of its total electricity coming from coal. But Australia still has a long way to go towards achieving a renewable future.

For more information on renewable energy, go to:
http://en.wikipedia.org/wiki/Renewable_energy
http://www.guardian.co.uk/environment/renewableenergy