Are our renewable energy storage methods ready for the wind and solar energy boom?

The problem of energy storage is not just related to the global increase in the number of renewable energy projects such as winder and solar farms. Energy peak demand has always been a big problem for energy suppliers. Demand rises and falls in a cyclic pattern throughout the day and week, and electricity suppliers have to be able to cope with this. This means that they produce more power than is required in off-peak times and store it for peak times. It is not feasibly possible to turn coal fired plants on or off, and gas plants can be fired up quickly, but they are expensive and very inefficient. 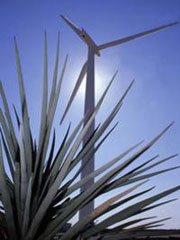 This problem has assumed an even greater importance now though, as many countries have policies in place to accelerate the move to a low carbon economy and renewable energies, and some of these renewable energy sources, such as wind and solar, produce power intermittently, so without effective renewable energy storage systems it will become harder for electricity suppliers to provide reliable energy supplies.

Are our renewable energy storage methods ready for the wind and solar energy boom? Firstly, let’s have a look at the two main systems in use today:

Pumped Hydroelectric Energy Storage: This is the oldest method of storing energy in a large-scale: it has been utilized since 1929. Water is pumped to a high storage reservoir during off-peak periods and released through the plant in peak periods. 75% of the energy consumed is recovered. Time and testing have proved it to be the most effective way to store energy. Currently there are 295 pumped hydroelectric energy storage plants around the world. They can store a very large electricity capacity (a typical plant can store more than 2000MW.) In addition, such plants can store this energy for more than 6 months. They have a very rapid response speed, which means that they are ideal for sudden changes in demand. Such plants are large in scale and relatively simple, so the cost of storing energy is lower than in any other system.

However, such plants depend on geological formations – there are a limited number of suitable locations, and many of these are remote. Most of the hydroelectric plants that can be built have already been built in Europe and North America, although in other parts of the world there are still many suitable locations. Also, the capital cost of such a system is extremely high, even if the operating costs are relatively low. There is also the issue of localized damage to the wildlife habitats to consider.

Compressed Air Energy Storage: Power is taken from the grid at off-peak times in order to compress air into a sealed underground cavern. This energy potential is then utilized at peak times. Such systems can be built on a very large scale, and the energy storage capacity is second only to hydroelectric energy storage. Typical, such systems can store 50-300 MW, and the energy can be stored for over a year. This system is not too costly to implement, providing that suitable natural geological formations are present, however this is also a drawback of this system, because there are a limited number of locations which meet the geological requirements. Without this, the capital costs are very high as underground structures need to be specially built.

Batteries: Battery technology to store electricity is developing fast, and has significant potential. It is most likely that the energy storage trend will move away from large scale projects like those described above, and towards smaller scale energy storage with much lower start up costs. Although some companies purport the benefits of batteries for energy storage, and the great potential that they could have for the future, many researchers agree that battery technology is too inefficient and too dirty to be employed on a large scale. In terms of cost per unit, it cannot compete with other systems such as compressed air energy storage. The good news for batteries is that high performance battery technologies are currently under development, such as lead-carbon and flow battery systems. As of now, the future of battery energy storage is uncertain.

However, this is not all: new energy storage technologies are being developed as we speak. For instance, researches at Leeds University in Northern England are working on new technology which uses excess electricity to freeze nitrogen and oxygen. In peak time waste heat could then be used to boil off the gases in order to power a turbine. This concept is still only at the theoretical stage, but it is an example of the work currently been done in this field.

For renewable energy systems to work on a large scale in the long term, energy storage systems need to develop in tandem. China is the world leader in this processes. The country plans to increase the amount of energy it generates by wind farms (including offshore) by 1000% in the next decade, and the country is spending billions of dollars on storage facilities as it upgrades its grid. The country is using a combination of hydroelectric, compressed air and lead-carbon battery systems to store energy.

Or will it be? The University of Kassel has recently tested a small-scale experimental power plant which combines solar, wind, biogas energy production and to provide reliable and consistent power 24 hours a day, from only renewable sources. Is it possible that power plants like these will produce electricity for our homes and offices in the future?