The Science and Business of Bioeconomy: the Problems of Weaning off of Synthetic Fuels

Many have been touting bioeconomy and the production of synthetic biofuels as a potential success only compared to the industrial revolution. As with everything that we do, humanity seems to jump in with both feet and not look to see potentials dangers down the road. This is no more true than our addiction to fossil fuels and the damage we have wreaked on the planet, life and ourselves. Bioeconomy may sound like a potential boon for alternative fuel sources, but the path has red flags that we need to pay attention to.

The synthetic biology industry is the attempt to change microbes in ‘living chemical factories’ thru genetic alterations. These microbes, such as algae, e-coli, yeasts, and other living organisms are being engineered to break down living plants (biomass) and create substances that would not be normally produced naturally. These substances can include: bio-plastics, biofuels, oils, industrial chemicals and even types of medicines. 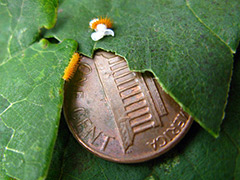 There are however, a few things that need to be made note of, particularly that the concept of changing out petrochemicals for the biomass-based fuels may include some of the same bad effects that we found in the fossil fuel economy. In changing the natural order and process we are in danger of threatening the complete alterations that are being brought about in the biotechnology industry such as the highly controversial genetic engineering of crops. We have already made what is called a ‘state-shift’ in our ecosystem on a global scale, and are in danger of making a planetary alteration and entering a geological area. As a collective attempt, the impact of human technology is threatening to outstrip nature as the most power force behind the natural cycles of ecology. Changing synthetic biology and biomass as a force to operate our industrial energy may have dramatic effects on the food chain and ultimately, our own survival.

3 Responses to “The Science and Business of Bioeconomy: the Problems of Weaning off of Synthetic Fuels”