The History of Hybrid Cars

The history of hybrid cars includes hybrid electric cars and alternative fuel vehicles. A common belief is that hybrid cars are a new phenomenon, but this is completely false. The first known vehicle to be considered an alternative fuel or hybrid vehicle was built in in the later sixteen hundreds, and it was created for the Chinese Emperor Khang. This vehicle included four wheels and used steam for fuel. In 1769, a Frenchman by the name of Nicholas Cugnot created a carriage which included a steam motor, and which could reach a speed of six miles an hour. A electric vehicle which was built in 1839 in Aberdeen, Scotland was created by Robert Anderson. It was not until 1913 that hybrid electric cars and alternative fuel vehicles started to decline. 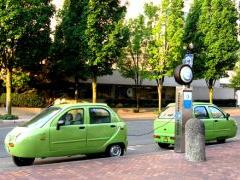 The history of hybrid cars from 1913 until the middle of the 1970's saw these vehicles on the decline. Gas powered engines were more convenient, and became the popular choice. During the 1970s the interest in alternative fuel vehicles and hybrid electric cars picked up again, in part due to concerns about fossil fuel use, pollution, and global warming. The history of hybrid cars from this point forward has shown great advances in technology and design. Regulations have been passed which force automakers to make vehicles which pollute less, are more efficient, and use fuel sources which are renewable. Toyota, Honda, Ford, Audi, GM, and many other automakers now offer at least one vehicle which is considered a hybrid or alternative fuel vehicle. Through the history of hybrid cars these vehicles have varied in popularity, depending on the time period.

2 Responses to “The History of Hybrid Cars”