Just when you thought that trees did enough for humanity, what with all of the oxygen, fruit and shade they provide, there comes a story like this. For the first time in history, the wood taken from the world’s many trees is now a viable energy storage device. Chemists and other scientists at Oregon State University shed some light on how cellulose (the most abundant organic polymer on the planet) could be one of several solutions to the massive energy storage conundrums facing us in the near future. 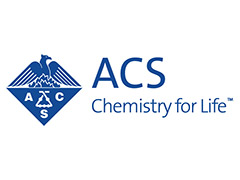 How did the team at OSU come to such a conclusion? By heating up tree cellulose in a furnace with ammonia to produce nitrogen-doped, nanoporous carbon membranes. What does that mean in English? Well, basically, it means that they’ve discovered a cheap and environmentally clean way to provide the high-quality carbon electrodes necessary to construct supercapacitors— energy storage devices that can be recharged much faster than batteries and have far more power.

"The ease, speed and potential of this process is really exciting," said Xiulei (David) Ji, an assistant professor of chemistry in the OSU College of Science, and lead author on a study announcing the discovery in Nano Letters, a journal of the American Chemical Society.

"For the first time we've proven that you can react cellulose with ammonia and create these N-doped nanoporous carbon membranes," Ji said. "It's surprising that such a basic reaction was not reported before. Not only are there industrial applications, but this opens a whole new scientific area, studying reducing gas agents for carbon activation.

"We're going to take cheap wood and turn it into a valuable high-tech product," he said.

According to a recent article published by the staff of the Environmental News Network, “These carbon membranes at the nano-scale are extraordinarily thin — a single gram of them can have a surface area of nearly 2,000 square meters. That's part of what makes them useful in supercapacitors. And the new process used to do this is a single-step reaction that's fast and inexpensive. It starts with something about as simple as a cellulose filter paper — conceptually similar to the disposable paper filter in a coffee maker.”

This breakthrough should enable these supercapacitor components to be mass produced at a much lower cost henceforward.