Renewable Electricity: Why is it Better?

Renewable electricity generation is the key to a cleaner and brighter future, one that protects the earth instead of damaging and destroying it. The world has become dependent on electricity and it is not possible to go back to living without this resource. This does not mean it is okay to continue using fossil fuels to generate this electricity though. Global warming has increased significantly in the past ten years, all thanks to carbon emissions from fossil fuel use, and the ice shelves are rapidly melting. The damage caused by using fossil fuels can no longer be denied, even by the same experts that stated there was no need to worry a decade ago. Renewable energy electricity is the key to meeting the electricity needs of the world without causing damage and destruction. 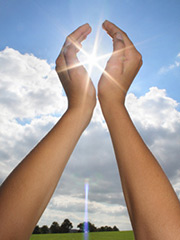 Renewable electricity is a better option when it comes to generating electricity and power, for many different reasons. Fossil fuels, which have been the most widely used source of power to generate electricity, are available in a limited supply, and at some point these energy sources will be depleted and can not be used anymore. In addition, fossil fuels have carbon emissions and air pollution issues that make these fuels a bad choice. Renewable energy electricity can be generated from a number of sources, including municipal solid waste to energy conversion, solar power, biomass energy, wind power, geothermal power, and many more. Renewable electricity generation is the key to a clean energy source, and energy production that will not run out or cause damage to the earth and environment.

Renewable electricity generation needs to start now, to minimize the damage done by the reliance on fossil fuels. Renewable electricity does not use energy sources that are going to run out. Instead, alternative and renewable energy sources like wind and geothermal heat are used to generate electricity instead. There is no environmental harm caused by mining the earth, which is very destructive. Nuclear power is not an option either, because of the dangers that this power source can represent. One accident at a nuclear power plant can cause damage to a large part of the earth that can not be repaired, and the radioactivity will stay for thousands of years. A major malfunction at a nuclear power plant has the capability of destroying the entire earth as well as all the inhabitants on it. Instead there are safe renewable electricity options that do not carry the same risks, and use resources that are renewed naturally. Renewable energy electricity is the only safe option when it comes to meeting the global energy needs now and in the future.