What are the Most Polluted US Cities?

The most polluted us cities can involve greenhouse gases, air pollution, and other types of environmental pollution as well. Many of the absolute worst are cities where manufacturing has played a large role through many years. Pittsburgh, Pennsylvania is one of the cities which consistently makes the worst list, for both air and water pollution. This is due in part to the steel mill industry which is still present today. The city has a large manufacturing base, and it shows in the air quality which is horrible. Another of the most polluted us cities is actually a group of cities which make up a region in the state of California. Los Angeles, Riverside, and Long Beach, California, make up a trio of the cities with the worst air in the country. 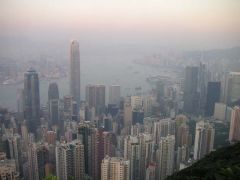 The release of greenhouse gases, mainly ozone, has made Baton Rouge, Louisiana, one of the most polluted us cities. Detroit, Michigan makes this list for the poor air quality and the ground contamination present. In addition, many homes in Detroit have high levels of lead, mercury, and other toxins as well. Atlanta, Georgia, makes the most polluted us cities list for several types of environmental pollution, and this city has high traffic and smog as well. Cincinnati, Ohio is another bad city to live in when it comes to pollution, and this city is also one that is a manufacturing center. Cincinnati is quite large, with a high population and a lot of traffic. Numerous manufacturers also contribute to the smog and air pollution this city experiences.